This report, by the US based NRDC (The Natural Resources Defense Council) finds that the per capita diet related carbon footprint of the average US citizen decreased by 10% between 2005 and 2014, driven by a 19% decrease in beef consumption.

Between 2005 and 2014, Americans cut their per-capita diet-related climate-warming pollution by approximately 10 percent. Based on NRDC’s calculations, these changes cumulatively avoided approximately 271 million metric tons (MMT) of climate-warming pollution. This was roughly equivalent to the annual pollution of 57 million car tailpipes, with most of these cuts in emissions due to reduced beef consumption.

The most impactful diet adjustments relate to the reduced consumption of specific products. For starters, Americans consumed 19 percent less beef, avoiding an estimated 185 MMT of climate-warming pollution or roughly the equivalent of the annual tailpipe pollution of 39 million cars. Americans’ reduced consumption of other products—such as milk, pork, shellfish, and high fructose corn syrup—accounts for the remaining emissions cuts. Pollution could have been cut even deeper had Americans not simultaneously increased consumption of other carbon-intensive foods like cheese, yogurt, butter and other foods.

Read the full report here and see the NRDC website for more information about the report. 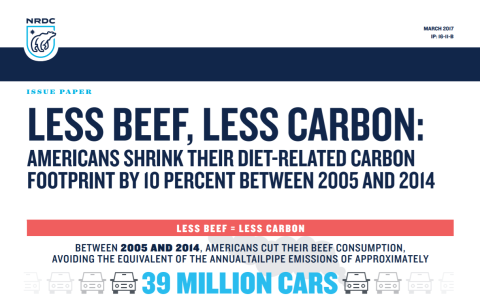 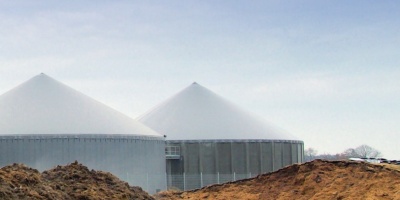