Rewilding and the rural economy

This report by charity Rewilding Britain argues that large-scale rewilding in the UK can support employment in the form of localised Nature-Based Economies, which it proposes should cover 30% of the UK by 2030. These Nature-Based Economies would consist of core rewilding areas covering 5% of the land, and regenerative areas covering 25% of the land.

The core rewilding areas would have minimal human impact or extraction of resources. The focus in these areas would be on restoring a wide range of habitats and ecosystems, including reintroducing “missing species” such as beavers. They would prioritise natural regeneration methods, only using tree planting where other methods are not possible. Culling of wildlife would happen only to manage herbivore numbers in the absence of predators such as lynx and wolf.

The regenerative areas would support a diversity of uses and enterprises that benefit both the local economy and nature, including continuous cover forestry (where individual trees are harvested rather than large areas being clear-cut), nature-based tourism, recreational fishing, regenerative aquaculture (such as bivalve and seaweed harvesting) and extensive grazing or semi-wild meat production.

The report sets out policy proposals for the UK and devolved governments to work towards its vision of Nature-Based Economies.

Read the full report, Rewilding and the rural economy: How Nature-Based Economies can help boost and sustain local communities, here. See also the TABLE explainer What is land use and land use change? 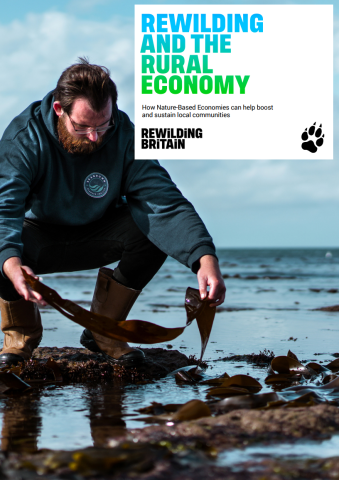