This report from the UK NGO Sustainable Food Trust shows that one in three small abattoirs in the UK have closed in the last decade, which could mean that marketing locally-produced, traceable meat will not be possible in some areas.

The report says that the lack of local abattoirs forces many producers to send their animals on longer, more stressful and more polluting journeys. It also impedes the expansion of farm shops, independent butchers and other forms of local meat marketing. Some producers also complain that, while they get meat from their own animals back from the abattoir, they may not be able to guarantee that the offal they get came from their own animals. This is because some large abattoirs are designed so that offal from multiple producers is mixed together after being checked for disease. This is a problem for producers who market on the basis of their particular production methods, such as minimal medication.

The report makes several recommendations to government bodies, including: 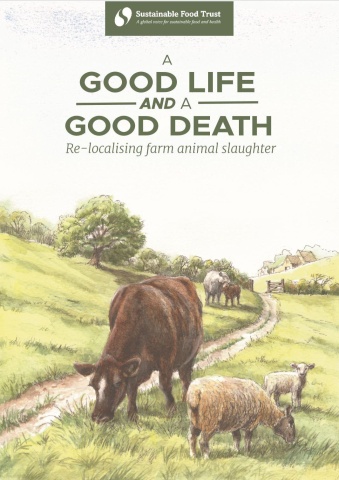