This report from charity Pesticide Action Network UK compares current UK pesticide regulations with those of the US and Australia - both countries are a priority for post-Brexit trade deals - as well as with those of India. It finds that food sold in the UK could soon be allowed to contain significantly higher levels of hazardous pesticides, if the UK agrees to weaken its pesticide standards during trade negotiations.

According to the report, the UK currently has more stringent safety limits for the levels of pesticides allowed in foods than most countries outside of the European Union, but some trade partners attempting to secure access to the UK food market for their products have indicated that they want UK pesticide standards to be weakened. 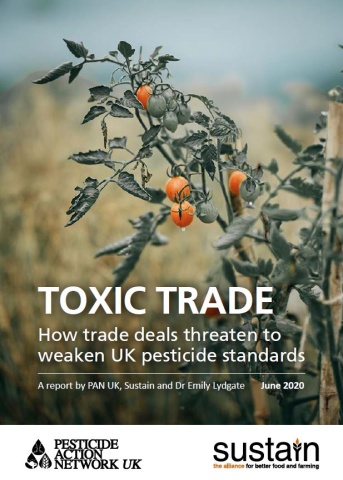