Micronutrient security in the UK

This study examines domestic and imported supplies of five micronutrients (vitamin A, vitamin C, iron, calcium and zinc) to the United Kingdom over the period 1961 to 2017, with the aim of assessing how future post-Brexit trade arrangements and also shifts towards plant-based diets might affect the security of the supply of these micronutrients.

In the time period 2015-2017 (which the study refers to as 2016r), supplies of all five micronutrients considered were significantly greater than requirements. Hence, conclude the authors, the UK’s supply of these nutrients are secure, even accounting for likely losses between the amount supplied and the amount reaching consumers. Note, however, that the paper does not conduct detailed calculations of what level of micronutrients might be lost to food waste, nutrient bioavailability to the body and so on.

Image: Figure 1, Poppy et al. (2022). Micronutrients supplied from domestic animal and imported animal supplies and domestic plant and imported plant supplies are presented as a percentage of the recommended UK population-level intake in 2016r. The numbers on the bars represent the % of average daily requirement met by that specific supply e.g. Imported plant etc.

The figure above distinguishes between domestic and imported sources of each micronutrient. In 2015-17, the UK was only fully self-sufficient in calcium, producing 133.1% of requirements domestically, primarily from animal sources such as milk. Self-sufficiency is 89.8% for vitamin A, 96.9% for vitamin C, 85.7% for iron and 91.9% for zinc. The paper also shows how the sources of each nutrient have evolved over time (see Figure 2 of the original paper). Spain and the Netherlands are significant suppliers of all five micronutrients within the category of imported fruit and vegetables.

The paper also plots (see figure below) where supplies of each micronutrient fall with respect to plant or animal origin (vertical axis) and imported or domestic origin (horizontal axis). For example, vitamin C supplies are primarily from plants and come more from imported than from domestic sources. The paper also tracks how supplies have changed over time; for example vitamin C supplies have consistently been mostly from plant sources, but the fraction of them that is imported has risen since 1961. The paper does not forecast future trends, but it notes that the framework it has set out will be useful in assessing the impacts of shifts towards plant-based diets.

Food production, dietary choices, climate change, trade tariffs and future responses to the SARS-CoV-2 pandemic are some of the factors affecting global food security. Here we examine how micronutrient security has varied in the United Kingdom from 1961 to 2017, before Brexit, taking supply and demand driver changes into account. We also introduce future scenarios to see how a more plant-based diet and/or differing trade arrangement post-European Union exit and COVID-19 pandemic could affect the supply of nutrients. Results show that trading agreements have affected several key micronutrients during the past 60 years and are likely to be influential in a post-Brexit United Kingdom. Changes in dietary patterns, which influence how much animal- and plant-based products are consumed, have also affected micronutrient security and are likely to do so in the future with increased interest in consuming a more plant-based diet. 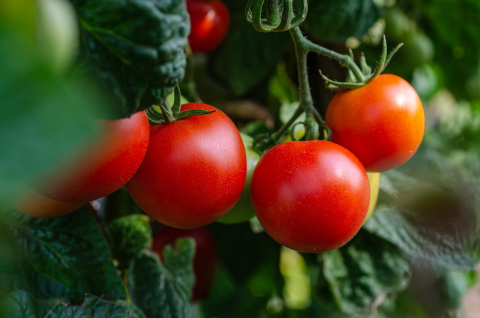