What is food security?

Being able to reliably obtain, consume and metabolise sufficient quantities of safe and nutritious and foods, is essential to human well-being.

This building block explains the meaning of the food security concept.

Food security. The FAO provides this well-accepted definition of a state of food security: “Food security exists when all people, at all times, have physical, social and economic access to sufficient, safe and nutritious food which meets their dietary needs and food preferences for an active and healthy life.”1

Availability of food. Availability is one of the four components of food security and it addresses the supply side. The phrase refers to the physical inflow and presence of safe and nutritious food at a given time and in a given place (e.g. at a local market or in a country).

Access to food. Access, one of the four components of food security, concerns itself with whether or not an individual or household is able to gain access to (and therefore eat) available food. It addresses the ability to purchase or exchange goods for foods, as well as foods that are given and other social mechanisms that affect access (e.g. unequal distribution of food among the members of a household).

Utilisation of food. Utilisation is one of the four components of food security. It addresses the body’s ability to make the most out of the nutrients in food that is consumed. Utilisation of food can be affected by factors such as poor storage, spoilage, cooking practices, food safety, and diseases (such as worms, or HIV/Aids) that might affect sufficient consumption and digestion of food.

Stability. Stability is one of the four components of food security. It cuts across and affects all the other components. Food may be available and accessible to people who are able to utilise it effectively, but this state of affairs needs to be enduring and so stable over time, rather than being a temporary state that is subject to fluctuations.

Malnutrition. Malnutrition undermines a person’s ability to lead a healthy life and occurs when a person is not able to obtain the right variety of nutrients in the right amounts from their diet. It is an umbrella term that includes overnutrition (an excess of food energy), undernutrition (a lack of food energy and macronutrients such as protein), and micronutrient deficiencies (insufficient micronutrients such as iron, vitamin A or iodine).

2. What is food security?

2.1 The four components of food security

3. How can food (in)security be assessed?

3.1 What are levels and types of food (in)security?

Malnutrition , or the risk of it, is a universal human problem: while some people’s diets lack sufficient nutrients for an active and healthy life (e.g. undernutrition and micronutrient deficiencies ), others consume excess food energy (overnutrition ), and this also leads to negative health consequences. A person may consume energy excess to requirements and so be overweight, while also suffering from micronutrient deficiencies.

Effective action to address malnutrition in all its forms requires an understanding of the various mechanisms that can affect it. It is this nuanced understanding, developed over decades of research, which is captured in the concept of food security .

2. What is food security?

Food security1 is a concept that is used to think systemically about how and why malnutrition arises, and what can be done to address and prevent it. Underlying it is a moral ideology that can be linked to realising the international goal of food as a human right.2 ,3

Up to the mid-1970’s, discussions about food security primarily focussed on the need to produce more food and to distribute it better. Discussions prioritised the total availability of food calories at the national and global level as the primary means to address malnutrition (primarily undernutrition).4

Over time, the food security concept has been broadened considerably to encompass a wide range of factors that can have an influence on malnutrition (of all forms) ranging across the whole food system and - in some applications - including recognition of the important social and cultural role that food plays.4

Today, the concept of food security is generally understood to incorporate four main components: availability, access, utilisation, and stability; although some see stability as a separate cross cutting factor. For a state of food security to exist, all of these components must be sufficiently present (see Figure 1).5 ,6 ,7 ,8

2.1 The four components of food security and supporting elements5 ,6 ,8

1. Food availability. Enough nutritious food of sufficient quality needs to be available to people for their consumption. Availability can be affected by:

2. Food access. Individuals and households must be able to acquire sufficient food to be able to eat a healthy, nutritious diet, or have access to sufficient resources needed to grow their own food (e.g. land). Access can be affected by:

3. Food utilisation. People must have access to a sufficient quantity and diversity of foods to meet their nutritional needs but must also be able to eat and properly metabolise such food. Utilisation can be affected by:

4. Stability. Food may be available and accessible to people who are able to utilise it effectively, but to avoid increases in malnutrition and in order for people not to feel insecure, this state of affairs needs to be enduring rather than temporary or subject to fluctuations.

Some stakeholders also see cultural acceptability as an important aspect to incorporate within the food security concept.

This recognises that the way in which food contributes to the basic needs and well-being of individuals, households and communities, goes far beyond its nutritional adequacy alone, and encompasses enjoyment, as well as the various social, religious, and cultural functions that food plays in peoples’ lives.10

Other stakeholders, however, argue that this broadens the food security concept so far as to make it impractical.

Together, the importance of the four food security components, and of cultural acceptability is reflected in the widely-accepted definition of an aspirational state of food security, put forward by the United Nations Food and Agriculture Organisation:

“Food security exists when all people, at all times, have physical, social and economic access to sufficient, safe and nutritious food which meets their dietary needs and food preferences for an active and healthy life.”1

3. How can food security be assessed?

3.1 What are levels and types of food (in)security?

The state of food security varies over a range of scales, ranging from the individual to global (Figure 2). Even where food security is present at a particular individual or household level, it may not be so on a regional level. Conversely, while a nation or region may be generally considered to be food secure, certain (groups of) individuals may still suffer from food insecurity.

Types of food insecurity can also be distinguished by their frequency or duration:5 ,11

No single tool can account for all dimensions of food security. However one useful method for measuring food insecurity on an individual level is the FAO’s Food Insecurity Experience Scale, which is based around the following 8 questions.12

During the last 12 months, was there a time when, because of lack of money or other resources:

1.     You were worried you would not have enough food to eat?

2.     You were unable to eat healthy and nutritious food?

These questions compose a scale that covers a range of severity of food insecurity from mild to severe (Figure 3).

Note that the Food Insecurity Experience Scale measures food insecurity as it is experienced by individuals. To estimate and predict the presence and severity of food insecurity on a national level, the FAO uses a range of factors including Gross National Products, volume of food production and consumption, poverty levels, and the risk at food emergencies (e.g. resulting from droughts or war).13

To learn more about this topic we recommend:

Book (paywall): The Feeding of Nations – Redefining Food Security for the 21st Century

Article (open access): Food Security—A Commentary: What Is It and Why Is It So Complicated?

FAO report (open access): The State of Food Security and Nutrition in the World 2017

Reviewing does not constitute an endorsement. Final editorial decisions, including any remaining inaccuracies and errors, are the sole responsibility of the Food Climate Research Network.

The production of this chapter was enabled by funding from the following sources:

The Daniel and Nina Carasso Foundation 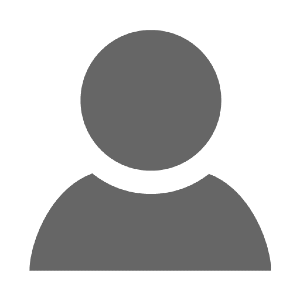 Sorry, but this was just too good an explanation to be real, for once this actually gave me a clear idea of food security.

This is a very good summary on food security that gives out information on major aspects on the topic. The document is good and brief.

Are we abusing food security? Embellishment of basic food substances, distances the public from basic food values. Vegetables, proteins and carbohydrates are fundamental to a nutritious diet. Don't forget it!