In this BBC Radio 4 programme, restaurateur Henry Dimbleby explores the historic and cultural relationship between the British and their meat, in particular the quintessentially British roast beef dinner. Dimbleby discusses his growing feeling of guilt at his meat consumption and his efforts to cut down, asking the key question: why is it so difficult?

Professor Tim Lang of City University London explains to Dimbleby why meat production and consumption is such a problem, citing in particular the irrationality of feeding a significant percentage of crop plant produce to animals rather than using it for food, and the major contribution made by livestock farming to climate change. He later discusses the possible options for shifting eating patterns, proposing taxation on the inputs to livestock farming as an important first step.

Dimbleby goes on to converse with food historian Annie Gray and psychotherapist Susie Orbach on the long-standing association of the English with roast beef, the key part meat plays in British identity and the role of patriarchal society in linking meat consumption with masculinity.

Dimbleby concludes that eating pattern changes are needed, but that relying on individuals to voluntarily realise the problems and change their behaviour, or on governments to stage large-scale interventions, are not likely to be successful solutions. He finally calls for a change in the conversation around meat, in the media, in education and by big household names, as a more subtle way to tackle the “meaty problem”.

Listen to the programme here.

You can find related resources in the research Library categories on meat, specific behaviour and practice theories, consumption and diets and keyword categories beef, public attitudes 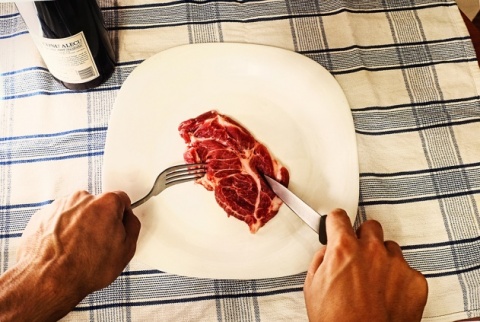