Where’s the beef? Re-examining the nexus of livestock, deforestation and greenhouse gas emissions in Brazil 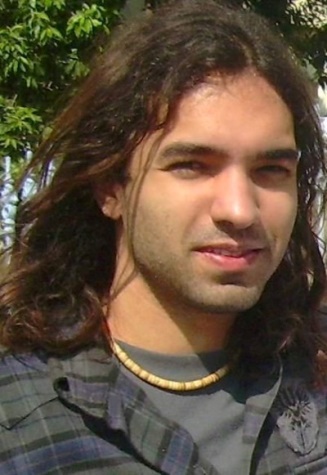 This blog is written by FCRN member Rafael Silva and Professor Dominic Moran.  Rafael is undertaking a PhD titled “Modelling sustainable intensification in Brazilian agriculture” at the University of Edinburgh and Scotland’s rural College (SRUC). Rafael holds a bachelor degree in Applied and Computational Mathematics (2010) and a Masters in Applied Mathematics (2013), both from the University of Campinas, Brazil. During his Masters Rafael worked for the Brazilian Agricultural Research Corporation (Embrapa) and for SRUC on the Animal Change project, which focused on reducing greenhouse gas emissions from livestock production. Recently he was contacted by the Ministry of Agriculture in Brazil to provide analysis supporting the calculation of the livestock sector’s contribution to Brazil’s Intended Nationally Determined Contribution (INDCs). His main interests are in modelling agricultural systems, particularly modelling the role of Brazilian livestock systems on deforestation and in climate change mitigation.

Dominic Moran is professor of applied economics at University of Edinburgh and Scotland’s rural College (SRUC) specialising in the areas of environmental and resource economics and policy analysis in developed and developing countries.

Beef production has underpinned Brazil’s economic ascendance into global commodity markets, accounting for 15.5% of global production in 2013 (FAO, 2015). Brazilian exports are considered highly competitive, mainly because grazed pastures are an important part of beef production and feeding costs are relatively low compared to feedlot systems (Pedreira et al., 2015). The environmental consequences of the sector’s expansion have also been widely discussed, particularly the perceived nexus of extensive production, land use change, deforestation and the loss of valuable ecosystem services.  But how much truth is there in this?

In fact recent empirical evidence shows an apparent decoupling of agricultural production and deforestation, a factor that sheds new light on the full environmental costs of beef operations. In essence this is sustainable intensification in action (see here and here for a discussion), and the impact of improved productivity has arguably been neglected in recent discussions seeking to untangle the various stands of the deforestation story (Tollefson, 2015).

Data from the Official National Emissions Inventory (Brasil, 2014), show that while deforestation accounted for 57% of the 2.0 Giga tonnes of CO2 equivalent (Gt CO2-eq) emitted by Brazil as a whole in 2005,  this share  decreased to 15% of the 1.2 Gt CO2-eq total emitted in 2012 (Fig. 1). This observation goes some way to countering a seemingly received view that beef production in Brazil is still driven primarily by pasture expansion and is hence implicated in deforestation.

Figure 1: Share of emissions estimates from Brazilian sectors in 2005 and 2012.

Since peaking in 2004, annual deforestation rates have decreased significantly and are currently around 80% lower than the average for the period 1995-2005. Satellite data show that the pasture area decreased from 214 M ha to 196 M ha over the period 1995-2006, while overall cattle numbers continued to increase. Deforestation in all Brazilian biomes has fallen to its lowest rate since satellite monitoring began (Lapola et al., 2014) (Fig. 2).

In the past (1950-1975), pasture expansion and extensive ranching explained around 86% of the growth in beef production (Martha et al., 2012). In this early period ranching systems were characterised by low mechanization and limited access to agricultural inputs, e.g. fertilisers, seeds, machinery. Expansion was also supported by government development programs for economic growth that focussed on the expansion and establishment of agriculture in frontier regions of the Cerrado (Brazilian savannah) and parts of the Amazon (Martha et al., 2012). Ranchers also used to clear forests and erect fences to secure land tenure and properties rights (Mueller, 1997).

But it was the Cerrado region that really drove Brazil’s ascendance into global agricultural markets (The Economist 2010, Rada 2013). From 1975 the productive potential of the region became clearer to researchers, leading to the introduction and adoption of technologies that improved productivity, both through animal performance, and using better-adapted Brachiaria grasses (Martha et al., 2012). But despite this historical step-change, average stocking rates nationwide remain low (around 1 animal unit per hectare (au/ha)) compared to a potential carrying capacity of more than 2 au/ha (Strassburg et al., 2014). This is partially explained by pasture degradation; i.e. grasses presenting low levels of dry matter productivity, and that no longer sustain animal nutritional requirements. Currently around 70% of Brazilian pastures are degraded to some extent (Macedo, 2000).

Addressing this handicap, recent analysis of Cerrado systems (de Oliveira Silva et al., 2015) has highlighted the role of technologies to improve resource use efficiency including pasture restoration, cattle feed supplementation (mostly made from soybean and corn produced in the Cerrado), feedlot production, and nitrification inhibitors. Currently, the adoption rate of feedlot finishing and supplementation is around 10% of the total herd (Anualpec, 2013), i.e., 90% of cattle is pasture-fed only. The study finds that the restoration of degraded pastures offers the largest opportunity to curb emissions. In fact restoration offers a mitigation potential (in reduced CO2-eq per year) around 20 times greater than the other measures combined.  Moreover progressive  restoration combined with gains in animal efficiency now means that animal production is growing while pasture areas are stabilising (IBGE, 2015; Martha et al., 2012), or else are being displaced by other crops.

Figure 3 (FAO, 2015; IBGE, 2015) compares beef production with pasture area. Since 2005 there has been an apparent decoupling of cattle herd sizes and deforestation in all Brazilian biomes, reversing the historic correlation over the period 1975-2005.

Brazil is not complacent about the livestock deforestation nexus and the link may only have been weakened temporarily. In fact, in 2014 it has been reported that deforestation rates started to rise again, based on the unofficial monitoring system from the NGO Imazon. However, official estimates from INPE (PRODES) contradict this observation and the reporting discrepancy would in any case need to be statistically tested with more than one year of observational data.

Even so, intensification has provided a basis for Brazil to offer international lessons and to use the gains as part of its voluntary climate commitments. This entails a promise to reduce deforestation by 80% and 40% respectively in the Amazon and Cerrado (compared to the average rate between 1995-2005). Further mitigation targets (available here) will be announced at COP21, including a commitment to zero net deforestation by 2030. In relation to this, recent studies (Gouvello et al., 2011; Strassburg et al., 2014) and empirical data show that no deforestation should be  necessary to accommodate projected production at least to 2040 (Strassburg et al., 2014).

NB: for further reading Rafael is recommending the following resources: this TED talk on deforestation reductions, a recent article in the National Geographic, this report on Deforestation Success Stories, and  this Nature news.

FAO, 2015. The Statistics Division of the FAO (Food and Agriculture Organization of the Uninited Nations) [WWW Document]. URL http://faostat.fao.org/ (accessed 9.2.15).