WRAP (the Waste Resources Action Programme) has published a new report which uses an econometric modelling approach to investigate the influences on household food waste and food purchases. It also looks into the implications of less food being wasted.

The model on which the new report is based, was originally commissioned by WRAP and developed by Fathom Consulting in 2009 to examine the interplay between: macroeconomic factors (household incomes and food prices, household awareness of food waste) and the weight of food purchased and wasted by households. The new work presented in the report sought to improve and update the model, and further explore its initial findings. These new results from the model suggest that:

Note that one interesting question, which the report doesn’t touch upon, is what the environmental impacts of the ‘waste dividend’ might be.  Ie. It suggests that half the money saved as a result of avoided food waste was used to buy more expensive food and drinks while the other half was saved or spent on other things.  All these uses of the saved money will have environmental implications which may be positive or negative.

If anyone has any thoughts about this or has done any work in this area please let us know. You can post  comment in our forums or write us directly taragarnett@fcrn.org.uk or communicationsfcrn@gmail.com.

You can read more here and access the report here.

You can also see other resources on waste and resource use on our website here. 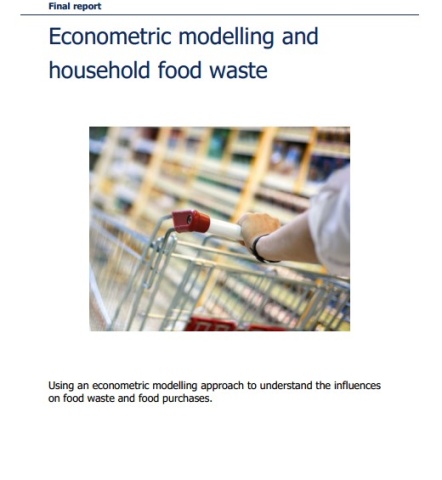