The UNFSS and the battle over authority and legitimacy

This article examines different visions about how global food systems should be governed, focusing on two main areas of contestation: authority and legitimacy. The authors use the United Nations Food Systems Summit (and its historical context) as a starting point for discussion; the 2021 UNFSS was heavily criticised by the food sovereignty movement for its perceived links to large corporations, philanthropic organisations and powerful states.

Regarding authority, the paper focuses on “epistemic authority” - i.e. who gets to define meanings and understandings of the things being governed. In the case of the UNFSS, one of its goals was to develop a definition of “food systems” - as distinct from visions of food where levels of food production are the most important element. The “food systems” framing has historically been driven by civil society organisations, social movements and local governance.

Critics of the UNFSS felt that its definition of food systems, created by its Scientific Group, was too narrow, focusing primarily on science and innovation and not enough on structural issues. Social movements have challenged the UNFSS definition by prioritising agroecology - and its roots in many forms of knowledge including indigenous systems - and the importance of recognising social, economic and ecological contexts in addition to scientific inputs.

The paper defines legitimacy as the perceived right to take decisions and make rules, and the belief that this right is being exercised appropriately. A food systems approach requires the input of many stakeholders, including those that previously may not have been seen as legitimate influences on governance (such as corporations and philanthropic organisations). Multi-stakeholderism therefore presents difficulties for legitimacy.

The authors examine two components of legitimacy: participation and accountability.

The UNFSS sought to establish its legitimacy by allowing many organisations and people to participate, for example through Dialogue events. However, note the authors, simply allowing multiple stakeholders to participate does not address the power imbalances that exist between them; those stakeholders with greater resources may have been able to exert more influence over the proceedings, and there were no mechanisms to either limit the contributions of dominant actors or prioritise the voices of people most affected by food insecurity.

Regarding accountability, the authors note that it was unclear exactly how inputs to the UNFSS through consultations would be incorporated into eventual outputs or actions. With this limited transparency as well as no clear framework for government leadership, the authors argue that it is likely that solutions built around investment and profit will be acted upon more than solutions that are community-driven.

The UN Food Systems Summit was an ambitious and hotly contested event that brought competing approaches to global food governance into relief. In this article, we unpack the rival visions that circulate around how food systems should be governed, focusing on two issues that we feel are at the heart of these divergences: authority and legitimacy. We illustrate how both corporate-philanthropic and food sovereignty networks are struggling to establish epistemic authority of food systems as well as produce legitimacy through very different approaches to participation and accountability. 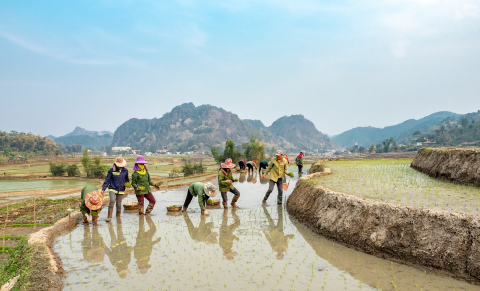