Ian Wright of the UK’s Food & Drink Federation, which represents food manufacturers, has warned that the just-in-time system on which the UK’s supermarkets, convenience stores and restaurants have relied is “no longer working” and may not work again. In his view, the UK could face “permanent shortages” in the sense of not all products being available all the time.

Wright was speaking at an Institute for Government event, which can be viewed here (the relevant comments begin at 3:57). He attributed the issues to a labour shortage of around half a million workers, caused partly by EU workers leaving the UK after Brexit and the start of the COVID-19 pandemic.

Wright also noted that many qualified lorry drivers are switching from the food industry to online retailers because of better working conditions and higher pay, in a “structural change that will not reverse itself”.

Another factor, which Wright says is not yet fully understood, is that many food and drink workers have become “economically inactive”, for example by deciding “not to go back to the rat race after COVID”.

The result is not that the UK will run out of food, but that the previous situation in which consumers can expect all products to be available all the time is unlikely to return. 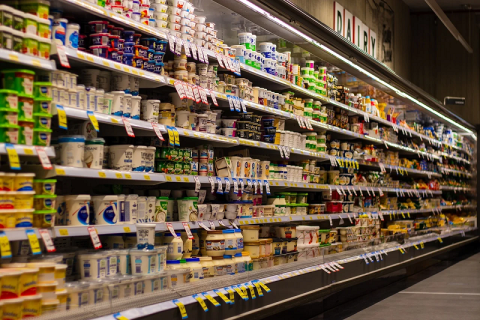