This paper explores how food retailers assist consumers to make more climate smart food choices. 17 Swedish food retail representatives were interviewed and retailer websites studied and it was found that food retailers focus on their direct environmental impact as well as on organic food to drive more sustainable consumption.

The authors write that their findings correspond with those undertaken in the UK and cite relevant studies.

They state that “Swedish food retailers have environmental targets for direct retail operations, such as energy and transportation efficiency and recycling of waste. Regarding the product range, retailers promote and encourage consumers to buy organic, local, and seasonally grown food as well as to minimize food waste. An additional finding is that no initiatives are taken to help consumers reduce their meat consumption”.

The issue of promoting less meat consumption was identified as especially difficult to address for the retailers since it was perceived to conflict with commercial goals. Promoting less-and-better meat (a broader range of high quality and more expensive meat) is in this paper described as more feasible.

Food retailers are important actors in the development of a more environmentally sustainable food system. They are powerful in their procurement role and have the potential to promote and encourage consumers to buy climate smarter food. While food retailers have developed environmental visions, policies and goals, a major question is to what extent these commitments translate into action in the products sourced and promoted. This paper aims to explore the ways and extent to which food retailers assist consumers to make climate smarter food choices, more specifically to reduce their meat consumption, and to identify potential and perceived difficulties towards doing this. The empirical data is based on interviews with 17 Swedish food retail representatives. The findings indicate that food retailers address climate change in their environmental policy statements and have environmental targets for retail operations, such as energy and transport efficiency and recycling of waste. Moreover, retailers promote and encourage consumers to buy organic, local, and seasonal food and to minimize food waste. No initiatives are taken to help consumers reduce their meat consumption. Yet, there is a growing consensus among scientists that meat production is a large contributor to greenhouse gas emissions. Food retailers seem reluctant to guide consumers to climate smarter food choices if it means reducing the meat range or the promotion of meat. To broaden the range of high quality and more expensive meat is seen as a more feasible option. The meat category is perceived as important to attract new and keep loyal customers.

See further resources climate change mitigation as well as climate change impacts and adaptation in our research library.  You might also find the category with resources on climate trends/projections interesting. 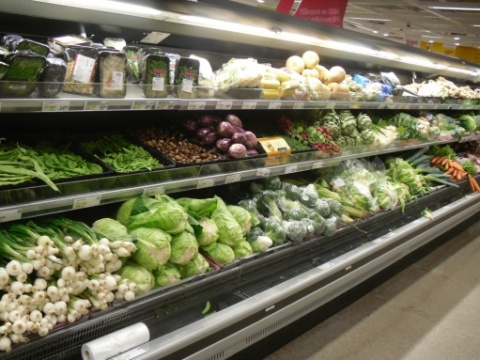