This study is the first to quantify the relationship between human population growth and energy use on an international scale. It explains how global population growth has begun, in the past 50 years, to catch up with energy consumption for the first time in 500 years.  Until that point, each generation had produced more energy per person than its predecessor, which allowed for an increase in Earth's carrying capacity and in the number of people it could sustain at equilibrium.

During the most recent half-century however, the ratio between energy increases and population growth has narrowed, with the former now aligning more closely to the latter. This paper suggests that the more recent change could imply a restriction for future population growth. The study compiled several centuries' worth of data from Great Britain, the United States and Sweden to profile the dynamics between a growing population and its consumption of energy from fossil fuels and renewable sources. The United Nations currently projects, with 95 percent confidence that Earth's population in the year 2100 will sit between 9 billion and 13 billion people.

The size of the human population is relevant to the development of a sustainable world, yet the forces setting growth or declines in the human population are poorly understood. Generally, population growth rates depend on whether new individuals compete for the same energy (leading to Malthusian or density-dependent growth) or help to generate new energy (leading to exponential and super-exponential growth). It has been hypothesized that exponential and super-exponential growth in humans has resulted from carrying capacity, which is in part determined by energy availability, keeping pace with or exceeding the rate of population growth. We evaluated the relationship between energy use and population size for countries with long records of both and the world as a whole to assess whether energy yields are consistent with the idea of an increasing carrying capacity. We find that on average energy use has indeed kept pace with population size over long time periods. We also show, however, that the energy-population scaling exponent plummets during, and its temporal variability increases preceding, periods of social, political, technological, and environmental change. We suggest that efforts to increase the reliability of future energy yields may be essential for stabilizing both population growth and the global socio-economic system. 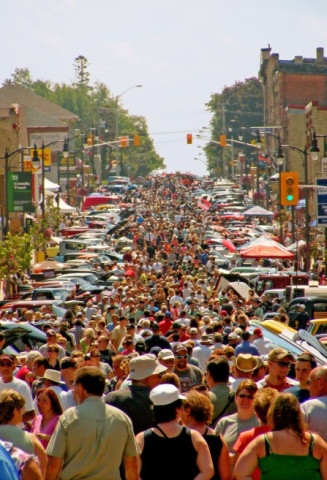