A series of studies aiming at assessing and improving agricultural economic models have been published recently in the Proceedings of the National Academy of Sciences (PNAS) and in a Special Issue of the journal Agricultural Economics. These represent the findings of a major international program “The Agricultural Model Intercomparison and Improvement project” (AgMIP) – an effort to produce improved integrated crop, climate and economic models. The AgMIP project links climate, crop, and economic modelling communities with cutting-edge information technology and aggregate crop model outputs as inputs to regional and global economic models. In doing so it is possible to determine regional vulnerabilities, changes in comparative advantage, price effects, and potential adaptation strategies in the agricultural sector.

The studies form part of the Inter-Sectoral Impact Model Intercomparison Project (ISI-MIP) and included modelling teams from 7 different universities. The studies are the first of their kind to compare multiple global gridded crop models in order to improve the quality of global agricultural assessments.

One of the important findings is that we could be seeing a drastic global increase in food prices over the coming decades as the agricultural industry struggles to adapt to shifting climatic patterns. The various models developed by the researchers suggest that agricultural prices could be about 25 per cent higher in 2050 as a result of direct climate impacts on crop yields.

Another study, (Valin, H. et. al. (2013)), compared food demand projections for 2050 based on different population and wealth projections, as well as for different regions and products. It focused on harmonizing the set of assumptions that fed into the models, to compare the technical functions of the models and better quantify the uncertainties. It found that demand is likely to increase by 59-98% between 2005 and 2050, which is more than the 54% projected by the FAO’s most recent analysis.

In another set of papers researchers discuss future trends of concern for global food markets. One of the articles ( Lotze-Campen H. et. al. (2013)) focuses on biofuel production and concludes that climate impacts would be more costly than bioenergy effects. Ambitious greenhouse-gas mitigation is likely to require substantial amounts of bioenergy as part of the future energy mix and even though a major expansion of bio-energy production would lead to higher food prices (when crops formerly used for food goes to fuel production) the overall costs of unmitigated climate change would impact global food markets much higher. A combination of ambitious mitigation and increased bioenergy demand is suggested to raise prices only about 5 percent. A second article (Schmitz C. et. al., (2013)) discusses projections of land use change trajectories and concludes that most models are projecting an increase in cropland by 2050, more than 50 percent higher in scenarios with unabated climate change than in those assuming a constant climate. Across all simulations, most of the cropland expansion (projected to be 120 million hectares) takes place in South America and Sub-Saharan Africa. The third article (Müller, C., et. al. (2013)) tackles the issue of future crop productivity and the role of climate impacts for economic simulations of food markets. It examines the challenges in quantifying in which regions climate change affects land productivity to which extent. The result suggest that there may be a potentially large impact from climate change on crop yields, but there is a great variation across regions and crops. One of the lead recommendations is to create a more flexible global agricultural trading system that could cope with the big differences.

Proceedings of the National Academy of Sciences of the United States of America (PNAS) has published the AgMIP articles here. There is also a blog post discussing the paper here. The full series of Agricultural Economics can be found here. For the introduction to the series, click here. A detailed overview and introduction is given on the AgMIP website here.

You can read coverage of specific articles in this special issue here, here and here.

Read more about future projections about agricultural yields and more here, for papers and reports related to crop resilience and resilience in general see here and here. We also have resources focusing specifically effects of climate change here. 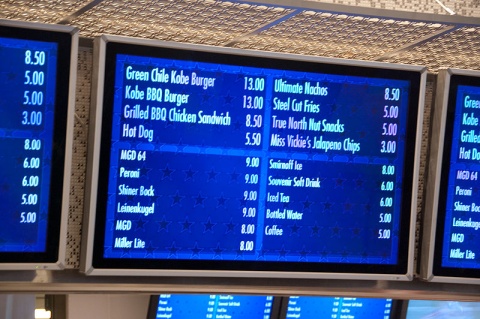