Indian meat industry worries about ‘war on meat’ according to Euromonitor

Despite being known for its large population of devout vegetarians, India is home to the world’s largest herd of cattle and is the world’s fourth largest exporter of beef, behind only the obvious behemoths, the US, Brazil and China.

These facts, and the growth afforded by the meat exporting industry, however, have been challenged by the recent overwhelming election of the Hindu nationalist Bharatiya Janata Party (BJP). Prime Minister Modi, a strict vegetarian, has criticized the industry’s expansion and the exportation of beef, but this article argues that it is unlikely that his words will find translation in agricultural and trade policy, as the country cannot afford to sacrifice a major source of revenue while such a large percentage of its population remains impoverished. The article continues saying that this may be the emergence of yet another arena for the marginalization of minorities in politics, as the majority of the country’s meat businesses are owned by Muslims who are growing increasingly concerned by Modi’s stance – a position influenced by the historical tension between Muslims and Hindu nationalists. Finally, though India has one of the lowest per capital meat consumption rates in the world, given the size of India’s population, even a small increase in consumption could translate into dramatic increases that could threaten market sustainability.

See further resources related to meat consumption and policy in India in our research library here and here. 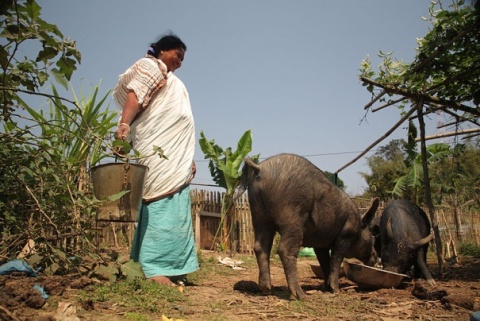