This very useful paper focuses on Brazilian beef production in the Cerrado grasslands region of Brazil makes an important contribution to the on-going debate about the merits of different livestock production systems, and of different consumption patterns.

It models what happens to beef related emissions in the region under a range of scenarios that hinge upon two main variables:

The study finds the following:

The study finds the following reason: if more beef is wanted, but the area allocated to beef production is not increased (because of controls on deforestation) then this means that production has to intensify.  Intensification is not achieved by feeding dedicated feed-grains to livestock since Brazilian beef are almost entirely grassfed, but rather through improving grazing management.  Using evidence from other research the study finds that intensifying grazing (in a well managed way) can stimulates the productivity of the Cerrado’s deep rooted grass, Brachiaria which in turn take up more carbon from the atmosphere.  And so the direct methane emissions from the cattle are more than compensated for by the net carbon uptake from the soil.  However, under a reduced demand scenario, while no deforestation occurs, there is not the same incentive to increase the productivity of the livestock system, meaning that the same benefit of carbon uptake from the grass doesn’t occur – indeed the grasslands become net emitters of carbon dioxide. To quote: “Lower demand and smaller herds require less grass production, reducing the incentive to maintain or increase productivity; pastures then degrade, losing organic matter and soil carbon stocks. Higher

demand combined with effective deforestation control policies leads to more efficient systems with lower emissions intensity due to significant increases in carbon uptake by deep-rooted grasses in improved pastures.”  Note that the authors assume that in the demand reduction scenario, people eat poultry meat instead of beef.  (NB. following an email exchange with Rafael, the lead author, it seems that emissions arising from broiler substitution account for 2% of the total emissions under DBAU-10% and 7% of total emissions under DBAU-30% (scenario with most substitution).

The study authors suggest however that scenario a is more likely, since the signs are that Brazil is achieving success in halting its deforestation, “a trend attributed to a combination of supply and demand side factors including intensification in large scale commodity-oriented farming, market regulation (for example, moratoria on beef and soy grown in recently opened areas), product certification, and more effective law enforcement.”

The authors also undertake a sensitivity analysis to look at what might happen if you get a combination of only partially-effective deforestation controls and only partial-intensification and identify a critical point of equilibrium, such that the increases in deforestation emissions are balanced by sequestration in the Cerrado grasslands.

The authors consider all this over a 150 year time scale to take account of the fact that soils reach equilibrium after a while – they can no longer take up more carbon.  They calculate that by about 2057, the Cerrado soils is approaching saturation point, after which the direct annual emissions from livestock will be greater than the sequestration from the grasslands.  They assume that demand increases will level off by about 2030.  However it is not until 2120 that accumulated emissions in the increased consumption scenario are greater than the accumulated emissions in the reduced consumption scenario.

Finally the authors conclude that “restoration of degraded pastures is the biggest opportunity for national mitigation plans; indeed, after avoided deforestation, the restoration of 15 Mha nationwide from 2010 to 2020 is the main measure contributing to the 40% reduction target by 2020.”

We’d welcome your thoughts on this paper (when signed in, use the “add comment” box) which is worth reading in conjunction with Schader et al 2016 and with Elin Röös’ paper which she recently blogged about on the FCRN website.  They all discuss very similar issues but at different scales/in different contexts, and underpinned by somewhat different assumptions.

We also encourage you to read a related blog-post by one of the authors for the FCRN: Where’s the beef? Re-examining the nexus of livestock, deforestation and greenhouse gas emissions in Brazil.

You can find related resources in the Research Library categories on primary production: agriculture, animal issues, meat, as well as the keywords categories on animal feed, sustainable healthy diets, consumption and production trends, grazing and land use. 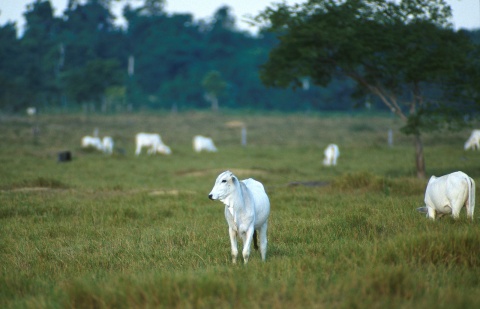