This report, produced by the Behavioural Insights Team, seeks to resolve an important area of uncertainty for obesity policy, asking, are official UK statistics on calorie consumption plausible?

Importantly, it finds that national surveys in the UK systematically underestimate our true calorie intake and moreover, that calorie consumption has not significantly decreased over time, contrary to current understanding. On this basis, the report concludes that policies aimed at reducing calorie intake, should be central to any national obesity strategy.

Underpinning the need for this study was the seeming contradiction between official statistics on calorie consumption, showing a large decline in calorie consumption over the last 40 years, while over the same period, statistics on average population weight have increased. To examine this, the research set out to assess the plausibility of different proposed explanations.

One explanation it examined, was that falling physical activity levels offset the decline in calorie consumption, leading to rising obesity. This however, was ruled implausible since the extent of the decline would be  equivalent to every single adult in England jogging for around an hour less a day, every day, than they were in the 1970s (or half an hour less than in 1993).

The other theory it examined was that under-reporting of calorie intake had increased over time. To do this, it looked at data from two national surveys that provide a measure of national calorie consumption over time. The first was the Living Costs and Food Survey (LCFS), based on food purchases, which showed a 6.8% decline in national average calorie consumption between 2001 and 2012. The second was the National Diet and Nutrition Survey (NDNS), based on reported food consumption, which over the same period recorded a similar, 5.6% decline.

The accuracy of these two surveys was checked by calculating the minimum level of calorie consumption required to maintain the current body weight of the nation. The result, based on conservative assumptions of ‘lowest plausible limit of physical activity’, was an average daily calorie requirement of 2446 kcal per day. This contrasts strongly with the average 1862 kcal per day, reported by the NDNS survey for 2012, leading to the conclusion by the authors that the survey data ‘was not physiologically plausible’.

To estimate actual energy expenditure, data from Doubly Labelled Water (DLW) studies was used. These are able to track the amount of carbon dioxide that has been produced through respiration, which is directly related to energy expenditure. When combined with data on weight and reported calorie intake, this method is then able to measure the extent of calorie under-reporting. DLW studies conducted alongside the NDNS survey, were found to indicate the adults under-reported their calorie intake in the the main survey by 32%.

The authors point out that this is not a newly identified problem. For food intake, as with many self-reported behaviours, there is likely to be both conscious and unconscious under-reporting. There will be items of food that people genuinely have no recollection of eating, and there will be accidental under-estimates of portion sizes. What the findings of this report speaks to therefore, is the importance of deliberately accounting for this bias when compiling, using, and reporting official data on nutrition. Not doing so could misinform the policy debate, leading to less effective strategies to combat obesity.

Citation and other links

Read the full report here. The author’s summary can be accessed here.

The report was also covered by the BBC (here), the Financial Times (here), and the Economist (here). Our related report ‘What is a Sustainable Healthy Diet?’ can be found here. 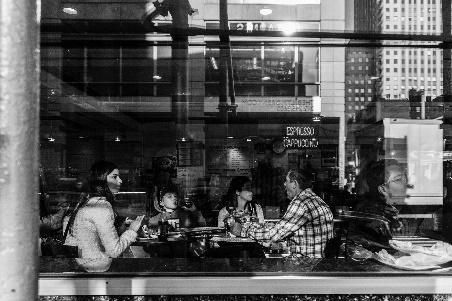