How to feed everyone in a nuclear or volcanic winter

This paper considers how people could be fed in the event of a sudden reduction in sunlight - for example, caused by a volcanic eruption, an asteroid strike, or nuclear war. These triggers could cause global agricultural output to collapse through abrupt falls in light, temperature and precipitation. The paper identifies foods that could still be produced under these conditions, and assesses their potential contributions to nutrition.

The paper uses a previous characterisation of the climatic effects of a nuclear winter to approximate the effects of any of the three sunlight-reduction scenarios (nuclear war, volcanic eruption or asteroid strike). It assumes the disaster happens during May, which represents a worst case both in terms of the climatic impacts of soot entering the atmosphere and in terms of food stocks being at their lowest levels in the Global North.

Three phases following the catastrophic event are hypothesised, each lasting 3 to 9 months:

The three phases are illustrated below:

The paper does not appear to consider the potential impacts of crop diseases following the catastrophic event.

The authors note that the paper assesses the technical feasibility of avoiding mass global starvation, and that rapid responses and global cooperation would be necessary both to trade between regions that can produce different foods and to share the information required to make food production technologies available to all who wish to use them. They note that even in today’s conditions, around 25,000 people die each day because of hunger and related diseases.

Abrupt sunlight reduction scenarios (ASRS) following catastrophic events, such as a nuclear war, a large volcanic eruption or an asteroid strike, could prompt global agricultural collapse. There are low-cost foods that could be made available in an ASRS: resilient foods. Nutritionally adequate combinations of these resilient foods are investigated for different stages of a scenario with an effective response, based on existing technology. While macro- and micronutrient requirements were overall met, some—potentially chronic—deficiencies were identified (e.g., vitamins D, E and K). Resilient sources of micronutrients for mitigating these and other potential deficiencies are presented. The results of this analysis suggest that no life-threatening micronutrient deficiencies or excesses would necessarily be present given preparation to deploy resilient foods and an effective response. Careful preparedness and planning—such as stock management and resilient food production ramp-up—is indispensable for an effective response that not only allows for fulfilling people’s energy requirements, but also prevents severe malnutrition.

Read the full paper here. The authors are associated with the Alliance to Feed the Earth in Disasters (ALLFED). See also the TABLE explainer What is food security? 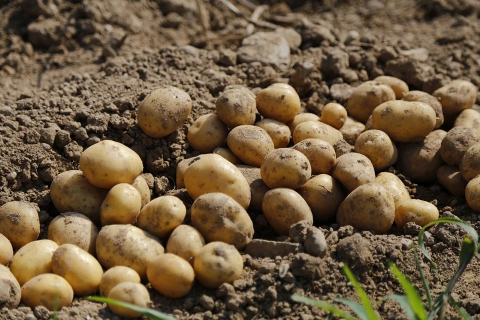