In a recent public survey commissioned by the Global Food Security (GFS) programme, many British adults say they recognise that the food system is a key contributor to climate change and that they would change their diets to avoid negative future climate impacts.

The public survey of over 2000 British adults wanted to gauge public attitudes towards climate change, climatic shocks and how these issues link to the food system.  Key findings of the survey include:

The report authors state that “for these environment-influenced dietary choices, the British public do not appear to have strong feelings either way, and therefore could be persuaded if the impact on price, taste and health was negligible.”

Read the full report Public attitudes to climatic shocks and their interaction with the food system (PDF 727KB). 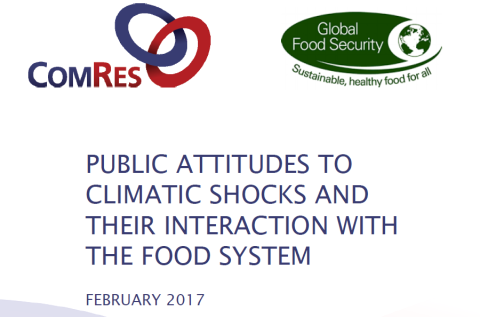