The review addressed three questions: 1) Are consumers aware that meat consumption has a large environmental impact? 2) Are consumers willing to reduce meat consumption or substitute meat with an alternative? and 3) Are consumers willing to accept meat substitutes and alternative proteins, such as insects or cultured meat? In total, 38 articles met the author’s inclusion criteria and were included in the review. The majority of studies were conducted in European countries, with a large proportion coming from the Netherlands.

The review finds that consumers in various Western countries, including the US, Germany, Netherlands, Portugal and Australia, are typically not aware that production and consumption of meat has a significant impact on the environment. Furthermore, all studies that investigated various environmentally relevant behaviours found that people underestimate the environmental impact of meat consumption compared with other relevant behaviours, such as using less packaging or food being grown locally.

The percentage of participants who reported they would reduce their meat consumption for environmental reasons varied widely: from 19% (Netherlands), 34% (Belgium) to 38% (Netherlands) and 56% (Netherlands). Methodological differences are likely the cause of these large differences in responses in similar populations. This indicates a need for improved and standardised methodologies in this field and highlights that generalisations to the wider population cannot be made based on these studies. Yet a trend which appears consistent across the studies is that women are more likely to reduce their meat consumption compared with men. This confirms findings from qualitative studies, not included in this review, such as this paper in American Psychology (pdf), which strongly connect meat eating with masculinity.

In terms of attitudes towards meat substitute consumption, the following were found: 1) few consumers (below 9%) reported regularly buying meat substitutes, 2) familiarity with the substitute is very important and acceptance of a substitute can be increased through exposure, and 3) consumers tend to perceive meat and meat substitutes as two different product categories. Important to note is that the majority of studies (9 out of 17) which considered willingness to accept meat substitutes were conducted in the Netherlands.

The key conclusion was that population-based studies in this area were lacking and that more in-depth studies on the factors that increase people's willingness to reduce or to substitute meat consumption are much needed.

Background:
Our daily food choices have a huge impact on the environment. Production of meat has a much larger impact compared with the production of vegetable-based proteins. In order to create a food production and supply system that is more sustainable and environmentally friendly, food consumption behaviour needs to change. A reduction of meat intake is necessary. The introduction of alternative protein sources (e.g., insects or cultured meat) might be one possibility to replace meat.

Key findings and conclusion:
Consumer awareness of the environmental impact of meat production is surprisingly low. This is true for consumers in various European countries. Likewise, willingness to change meat consumption behaviour in terms of reducing or substituting meat (e.g., by eating insects or meat substitutes) is low as well. How people can be motivated to decrease their meat consumption behaviour has been underexplored. In particular, experimental studies are lacking and further investigations should focus on strategies (e.g., nudging interventions) that might help to motivate pro-environmentally friendly meat consumption behaviour. Moreover, population-based studies are scarce, and we need more in-depth studies on the factors that increase people's willingness to reduce or to substitute meat consumption.

You can find the full paper here (paywall).

For a recent example of a study which looks at ways in which consumers can be motivated to change their diet for environmental reasons, see this 2016 article by FCRN member Elin Röös.

This 2014 paper by Chatham House reports on a 12-country survey undertaken into public understanding of the links between  livestock and climate change and also finds a major lack of awareness of the meat and dairy sector’s contribution to climate change. 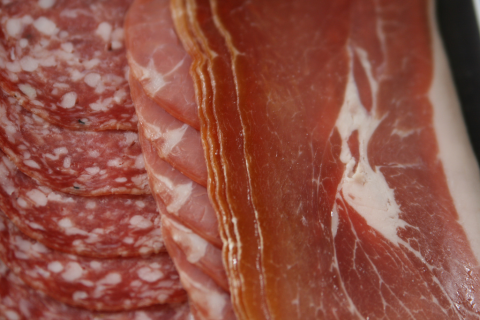