The 37 seafood products (including both saltwater and freshwater species) were chosen based on those commonly consumed in Sweden (although not necessarily produced in Sweden). For comparison, egg, pork, beef and chicken were also assessed.

The method chosen to assess nutrient density accounts for levels of desirable nutrients (e.g. protein or omega-3 fatty acids) and their minimum recommended intake, and also levels of undesirable components (saturated fatty acids and sodium) and their maximum recommended intake. See the supplementary information of the paper for a discussion of alternative methods that could be used to assess nutrient density.

National authorities in many countries advise their populations to eat more seafood, for health and sometimes for environmental purposes, but give little guidance as to what type of seafood should be consumed. The large diversity in species and production methods results in variability both in the nutritional content and in the environmental performance of seafoods. More targeted dietary advice for sustainable seafood consumption requires a better understanding of the relative nutritional benefits against environmental costs of various types of seafood. This study analyzes the combined climate and nutritional performance of seafood commonly consumed in Sweden, originating all over the world. Nutrient density scores, assessed by seven alternative methods, are combined with species- technology- and origin-specific greenhouse gas emission data for 37 types of seafood. An integrated score indicates which seafood products provide the greatest nutritional value at the lowest climate costs and hence should be promoted from this perspective. Results show that seafoods consumed in Sweden differ widely in nutritional value as well as climate impact and that the two measures are not correlated across all species. Dietary changes towards increased consumption of more seafood choices where a correlation exists (e.g. pelagic species like sprat, herring and mackerel) would benefit both health and climate. Seafoods with a higher climate impact in relation to their nutritional value (e.g. shrimp, Pangasius and plaice) should, on the other hand, not be promoted in dietary advice. The effect of individual nutrients and implications of different nutrient density scores is evaluated. This research is a first step towards modelling the joint nutritional and climate benefits of seafood as a concrete baseline for policy-making, e.g. in dietary advice. It should be followed up by modelling other species, including environmental toxins in seafood in the nutrition score, and expanding to cover other environmental aspects. 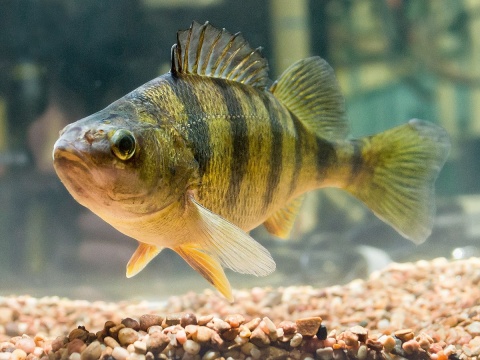