This paper, co-authored by TABLE research director Elin Röös, sets out five storylines for the development of agroecology in the European Union and models the impacts of each scenario on progress towards several established or proposed policy targets. It finds that significant dietary change and waste reduction are necessary if agroecological farming is to contribute to meeting the policy goals.

The five scenarios are:

1. Business-as-usual (BAU): the EU food system continues to globalise, and implementation of agroecology remains low. There is little government action to change diets or waste levels.

2. Agroecology-for-exports: there are high levels of global trade; EU policy supports investment in organic farming, resulting in large areas of land managed according to weak agroecological principles. Diets remain similar to BAU. Organic products are consumed by highly educated segments of the population as well as exported outside of the EU.

3.b Localisation-for-sustainability: local food systems are promoted for the purpose of sustainability and resilience. Farming tends to follow a sustainable intensification model, for example by using nitrogen fertilisers produced with renewable energy. Eating patterns in southern Europe become mostly plant-based due to climate-driven increases in the prices of crops used for animal feed. In northern Europe, milk and ruminant meat from grazing remain more easily available.

4. Local-agroecological-food-systems: campaigning for stricter environmental policies leads to an integrated EU policy approach to food security. Various organic, agroecological and community supported forms of agriculture expand to cover 20-50% of the EU’s land by 2050, and policy support for industrial livestock production is abolished. Ruminant production is mainly grass-based, with livestock numbers adjusted to local land availability. Feeding edible crops to livestock is seen as wasteful, and is combated with strong policies. Diets transition to mostly plant-based, but consumption of beef and dairy from grazing systems increases in some areas, replacing monogastric products.

The figure below summarises the modelled outcomes of each storyline. The local-agroecological-food-systems scenario is the only one to meet all of the main policy targets. Image: Graphical abstract, Röös et al. Scores towards the centre of the diagram are better (from the perspective of meeting the policy targets).

Agroecology has been proposed as a strategy to improve food system sustainability, but has also been criticised for using land inefficiently. We compared five explorative storylines, developed in a stakeholder process, for future food systems in the EU to 2050. We modelled a range of biophysical (e.g., land use and food production), environmental (e.g., greenhouse gas emissions) and social indicators, and potential for regional food self-sufficiency, and investigated the economic policy needed to reach these futures by 2050. Two contrasting storylines for upscaling agroecological practices emerged. In one, agroecology was implemented to produce high-value products serving high-income consumers through trade but, despite 40% of agricultural area being under organic management, only two out of eight EU environmental policy targets were met. As diets followed current trends in this storyline, there were few improvements in environmental indicators compared with the current situation, despite large-scale implementation of agroecological farming practices. This suggests that large-scale implementation of agroecological practices without concurrent changes on the demand side could aggravate existing environmental pressures. However, our second agroecological storyline showed that if large-scale diffusion of agroecological farming practices were implemented alongside drastic dietary change and waste reductions, major improvements on environmental indicators could be achieved and all relevant EU policy targets met. An alternative storyline comprising sustainable intensification in combination with dietary change and waste reductions was efficient in meeting targets related to climate, biodiversity, ammonia emissions, and use of antibiotics, but did not meet targets for reductions in pesticide and fertiliser use. These results confirm the importance of dietary change for food system climate change mitigation. Economic modelling showed a need for drastic changes in consumer preferences towards more plant-based, agroecological and local foods, and for improvements in technology, for these storylines to be realised, as very high taxes and tariffs would otherwise be needed.

Read the full paper here. See also the TABLE explainer What is agroecology? 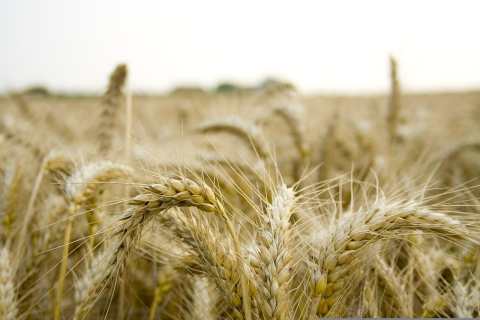