Pass the parcel blog-series #1 by Corinna Hawkes - Why target 17.14 of the Sustainable Development Goals (SDGs) is the most important target of all 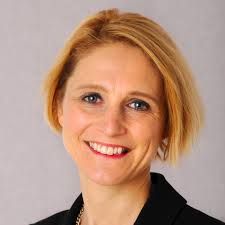 Kick off for new FCRN blog-series:   Pass the parcel

In this post, policy analyst Corinna Hawkes kicks off a new FCRN blog series which harnesses the expertise of the FCRN network to generate an in-depth, extended discussion on a particular theme.

The focus of this first in the series is the Sustainable Development Goals (SDGs) – their strengths, weaknesses and the opportunities they raise.  The new Pass the Parcel series works like this: Corinna’s blog starts off the discussion with her take on the SDGs, and she ends her post with a question posed to another FCRN member, whose challenge will be to address it.  We will then publish this next blog post in a week or two’s time.

Do let us know if you like the idea, and if you have particular themes or issues that you’d like to see discussed.

For number two in this series, see SDGs: we missed a boat, but it is not too late to focus on Sustainable Food Systems by Emile Frison, Chair of the International Scientific Committee on Sustainable Food Systems of the Daniel and Nina Carasso Foundation and a Member of the International Panel of Experts on Sustainable Food Systems (IPES-Food). For number three in the series see Creating successful multi-stakeholder partnerships key to address the Global Goals – the experience of The Netherlands by Marcel Beukeboom who heads the Food & Nutrition Security cluster at the Ministry of Foreign Affairs in the Netherlands and the fourth aand last one in the series is Metrics Matter by Anna Taylor, Executive Director of the Food Foundation.

This post is written by FCRN member Corinna Hawkes –Co-Chair of the Independent Expert Group of the Global Nutrition Report and a member of the International panel of Experts on Sustainable Food Systems.

In September 2015 the UN General Assembly adopted a set of Sustainable Development Goals (SDGs). These goals are the successor to the Millennium Development Goals which ran from 2000 to 2015 as the world’s framework for development. The designers of the SDGs clearly had something different in mind to the MDGs. There are a lot more of them – 17 SDGs relative to 8 MDGs, and 169 targets relative to 18; they are global in scope – unlike the focus of the MDGs on the developing world only; and they are concerned with global public goods, not just nationally defined problems.

There has been much debate about the value-added of this new approach. Are there too many? Are they demotivatingly ambitious?

For me, the proof that the “Global Goals” is right approach will be in the implementation.  Will the policy makers and other powerful actors take an integrated, coherent approach across the SDGs? Or will they – as has been argued happened for the MDGs – implement them as if they are separate problems in separate boxes requiring different sets of actions?

For when we look closely at the SDGs it becomes pretty evident straight off that they are all interlinked. Let’s take the area I am most familiar with: nutrition. Goal 2 to “End Hunger” includes the (highly ambitious) target to “End all forms of malnutrition” by 2030. As we describe in the Global Nutrition Report, published on September 15th, this nutrition Goal is inextricably linked with the other goals. It is well established that good health is needed to reduce undernutrition. That’s Goal 3. We know educated people adopt healthier nutrition behaviours. That’s Goal 4. One of the most important pieces of evidence to emerge on nutrition in the 20th Century was that empowering women is a crucial factor. That’s Goal 4.  Sustainable production and consumption is necessary to have enough food. That’s Goal 12. And we know there are links between climate change and nutrition. That’ll be Goal 13.

Of course this means that in return, ending malnutrition will contribute to these Goals too. Healthier diets, for example, can contribute towards climate change mitigation. Better nourished girls have better educational outcomes. It’s more sustainable if people don’t consume too much.

The tremendous possibility of taking an integrated approach to the SDGs is why for me the most important aspect of the SDGs is a little phrase hidden away in Goal 17 on Strengthening Means of Implementation. It is Target 17.14: “Enhance policy coherence for sustainable development.” In other words: accept the reality that everything is connected with everything else and figure out how to solve problems from there. Far better that than try to fix problems on their own and then wonder why they are so hard to fix.

Of course, this is not new: MDG 8 was also supposed to promote policy coherence. But as the OECD’s Policy Coherence for Development unit has pointed out, times are different now. It’s a multipolar, interconnected world. If we don’t understand problems as common challenges we simply won’t solve them.

Nutrition is a classic collective challenge that needs policy coherence.  This is one of the main messages of the Global Nutrition Report 2015: we need coherence between different forms of malnutrition, between funding and planning and between all the multiple sectors that affect it. And in particular, we need coherence with food systems. Without that, the inadequate progress to address malnutrition in all its forms – only 21 countries of the 193 we monitor are on course to meet three or more of eight indicators – will remain just that: woefully inadequate.

So my question to the FCRN member taking this series forward is:

What are some specific actions we can take to increase coherence between policies designed to enhance nutrition and those designed to promote sustainability? And what are the governance mechanisms we need to implement them?

The FCRN will publish the response by another FCRN member in less than two weeks’ time.