Zero-deforestation policies can be impactful if implemented

This paper assesses the impacts of corporate zero-deforestation supply chain commitments (ZDCs) in Brazil. It finds that in the Brazilian Amazon, where the Soy Moratorium ZDC has been both adopted and implemented, the commitment reduced direct deforestation for soy by 57% between 2006 and 2015 in the municipalities that it covered. In the Cerrado, in contrast, none of the seven companies (covering 66% of soy production) that have adopted ZDCs there appear to have fully implemented them - if they had done so, deforestation for soy in the biome could have been reduced by 46% between 2006 and 2015, estimates the paper.

The authors discuss the potential reasons for ZDC adoption and implementation being low in the Cerrado, including: pressure from NGOs is less visible with regards to the Cerrado compared to the Amazon; while the greatest share of soy from the Cerrado goes to Asian markets, none of the firms that have adopted Cerrado ZDCs are headquartered in Asia - suggesting, say the authors, lower consumer demand in Asia for sustainable soy and/or less NGO activity in the region; and the soy market in the Cerrado is relatively competitive compared to that of the Amazon, where there were fewer firms during the initial adoption of the Soy Moratorium.

Tropical deforestation continues despite global efforts to curb forest loss. Corporate zero-deforestation supply chain commitments (ZDCs) have the potential to address this deforestation, especially if strong state-led forest governance is absent. Yet, because ZDC adoption is limited to particular locations and supply chains, these commitments may fall short at reducing regional deforestation and protecting biodiverse ecosystems. Here, we leverage timeseries of spatially explicit corporate commodity sourcing data and ZDCs to assess the current and potential effect of ZDCs within soybean supply chains on forest loss and biodiversity. We focus on the Brazilian Amazon, where the first ZDC (soy moratorium (SoyM)) was implemented, and the Cerrado, where companies have adopted but not implemented ZDCs. We found that in the Amazon, SoyM signatories that controlled the market caused a 57% reduction in direct deforestation for soy from 2006 to 2015. In the Cerrado, if companies had implemented their ZDCs with the same relative effectiveness as in the Amazon, deforestation for soy could have been reduced by 46%. Thus, ZDC implementation in the Cerrado via stringent monitoring and enforcement could contribute substantially to forest and habitat conservation. Yet, incomplete ZDC adoption leaves >50% of soy-suitable forests and the biodiversity that they harbor outside the reach of ZDCs. To protect these forests, it is vital to incentivize more companies—including smaller, less publicly exposed traders—to make and implement ZDCs, while also promoting forest governance through public policy. 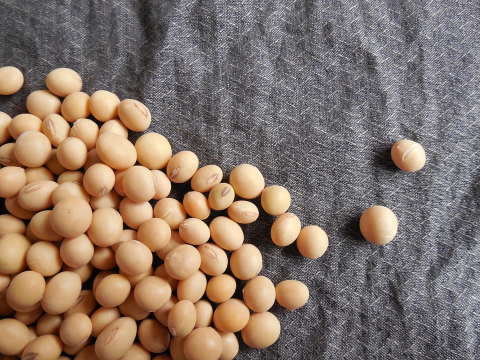