Why scientists should speak out on environmental risks

This paper argues that the threats to humanity and the biosphere from environmental damage is much greater than is usually acknowledged, and that current political and economic solutions do not match the scale of the danger. The authors call for scientists to speak “candidly and accurately” to policymakers, businesses and the public about the risks to our future.

The paper reviews evidence on the current state of the biosphere and climate, including the following points: The paper does not give detailed policy recommendations. However, it says “The gravity of the situation requires fundamental changes to global capitalism, education, and equality, which include inter alia the abolition of perpetual economic growth, properly pricing externalities, a rapid exit from fossil-fuel use, strict regulation of markets and property acquisition, reigning in corporate lobbying, and the empowerment of women. These choices will necessarily entail difficult conversations about population growth and the necessity of dwindling but more equitable standards of living.”

In conclusion, the authors argue that previous warnings from scientists have been “insufficiently foreboding to match the scale of the crisis”. Since an optimism bias can cause people to underestimate the severity of crises, the authors say “a good communication strategy must ideally undercut this bias without inducing disproportionate feelings of fear and despair”.

We report three major and confronting environmental issues that have received little attention and require urgent action. First, we review the evidence that future environmental conditions will be far more dangerous than currently believed. The scale of the threats to the biosphere and all its lifeforms—including humanity—is in fact so great that it is difficult to grasp for even well-informed experts. Second, we ask what political or economic system, or leadership, is prepared to handle the predicted disasters, or even capable of such action. Third, this dire situation places an extraordinary responsibility on scientists to speak out candidly and accurately when engaging with government, business, and the public. We especially draw attention to the lack of appreciation of the enormous challenges to creating a sustainable future. The added stresses to human health, wealth, and well-being will perversely diminish our political capacity to mitigate the erosion of ecosystem services on which society depends. The science underlying these issues is strong, but awareness is weak. Without fully appreciating and broadcasting the scale of the problems and the enormity of the solutions required, society will fail to achieve even modest sustainability goals. 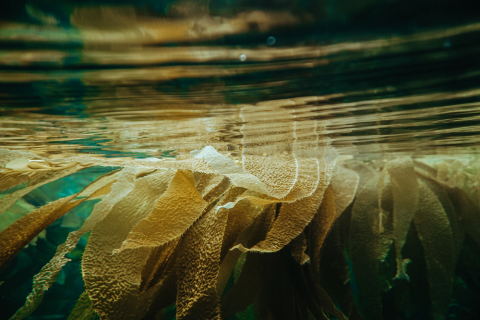