What is “less but better” meat?

The concept of “less but better” meat (sometimes preferentially called less and better) has become influential in discussions about health, sustainable diets, particularly in higher-income countries. Definitions of both “less” and “better”, however, are still diverse. This paper reviews the definitions and interpretations of “less but better” meat used in 35 peer-reviewed journal articles.

Papers for review were identified by searching for papers containing the word meat and the phrases “less and better” or “less but better”, published in English after 2000 in peer-reviewed journals. Papers were excluded if they did not define (either explicitly or implicitly) the concept of less and/or better meat. Most of the papers included in the review were published between 2018 and 2021; all but one were by authors based in Europe, the United States or Australia. 23 of the papers focused only on consumption; 11 focused on both production and consumption; and only one focused mainly on production.

“Better” meat was defined primarily in terms of outcomes such as improved animal welfare, reduced environmental impacts, or better human health or nutritional provision. Particular production practices were less often part of the definitions used, but some papers specified agro-ecological production, smallholder farming, extensive production such as organic or free-range, or grass-fed production that excludes feedlots. The image below shows the number of papers referencing particular aspects of sustainability; climate change was mentioned by the most papers. Image: Figure 4, Resare Sahlin et al. The figure shows the number of articles in which sustainability themes were mentioned. Note that articles appear more than once if they reference multiple themes.

The authors note contradictions between these definitions: for example, feedlot livestock production can reduce some environmental impacts such as land use per kg of meat. They also note a lack of evidence that production practices can improve the nutritional quality of meat.

All papers argued that “less” meat consumption is important, but only 8 of the 35 quantified the reduction. The authors recalculated the figures in terms of grams of meat protein per day (not total grams of meat), to enable like-for-like comparison between the papers. The figure below shows the various recommended intakes of meat protein, ranging from 9 grams per capita per day (the lower bound of the range recommended by Defining a land boundary for sustainable livestock consumption) to 105 grams per capita per day (shown in the lowest bar of the figure, in grey, and including both meat and egg protein consumption, based on Reducing meat consumption in the USA: a nationally representative survey of attitudes and behaviours). Image: Figure 3, Resare Sahlin et al. All values have been recalculated to grams of meat protein per person per day using a 20% protein content in meat except the figure in Neff et al., which includes eggs and refers to a daily recommended intake limit (grey bar). The shaded bars for van Zanten et al. and de Boer and Aiking indicate that these articles describe ‘less’ as ranges.

The authors stress that the “less but better” concept should not be applied in contexts where diets are already nutritionally inadequate - in these cases, increased meat consumption may be required to promote human health. Instead, the concept is most suited to areas where meat consumption is already higher than necessary.

They also note that without clear definitions and without specifying who is responsible for transforming the food system, the “less but better” concept may put too much responsibility on individual consumers.

‘Less but better’ is a pragmatic approach to tackling the sustainability challenges of meat consumption and production. Definitions of ‘less’ and ‘better’ lack clarity. Here we explore interpretations of these concepts, finding increasing use of ‘less but better’ in the literature from Western, high-income settings. Despite discrepancies among interpretations of ‘less’ meat, existing quantifications indicate that significant reduction is needed to achieve desirable food system outcomes. Interpretations of ‘better’ meat incorporate the delivery of environmental sustainability, improved animal welfare and better health or nutrition, but lack clear principles and omit many sustainability themes. Practices and outcomes are seldom linked, and diverging narratives on interactions between ‘less’ and ‘better’ exist. A shared vision of livestock systems with improved sustainability across multiple indicators is needed to establish principles for ‘less but better’ in order for decision-making to deliver desired outcomes.

Resare Sahlin, K. and Trewern, J., 2022. A systematic review of the definitions and interpretations in scientific literature of ‘less but better’ meat in high-income settings. Nature Food, 3(6), pp.454-460. 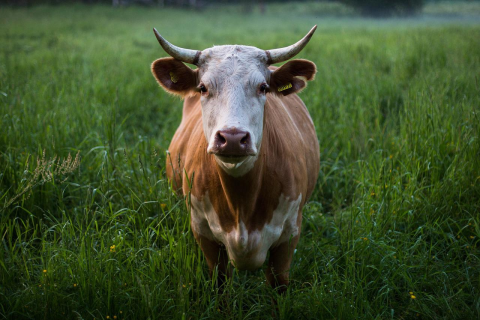