Labelling schemes to indicate higher welfare standards for broiler chickens have contributed to some changes in the governance of poultry welfare in Australia, argues this paper - but those changes are mostly incremental, and the labelling schemes may even bolster the perceived legitimacy of intensive poultry farming.

The paper traces the development of poultry welfare standards in Australia, focusing on the two main labelling schemes: FREPA free-range and RSPCA Approved. The RSPCA Approved scheme has slightly higher welfare standards than government regulations. FREPA free-range, while requiring that chickens have access to outdoor areas, does not necessarily indicate that the chickens have actually been outdoors. One farmer who had attempted to let conventionally-bred chickens roam freely said, “...they wouldn't forage, largely because they couldn't. They were so heavy and overburdened with muscle and breast tissue, wouldn't forage and just very lethargic.”

This article critically examines the degree to which higher‐animal welfare label claims change animal welfare regulation and governance within intense meat‐chicken ('broiler') production in Australia. It argues that ethical labelling claims on food and other products can be seen as a ‘governance space’ in which various government, industry and civil society actors compete and collaborate for regulatory impact. It concludes that ethical labelling can act as a pathway for re‐embedding social concerns in the market, but only when it prompts changes that become enshrined in standard practice and possibly the law itself. Moreover, the changes wrought by ethical labelling are small and incremental. Nevertheless, labelling may create ongoing productive tension and ‘overflow’ that challenges the market to listen to and accommodate actors (including animals) on the margins to create ongoing incremental changes.

Read the full paper here. This article is an output of the ARC-funded project “Regulating food labels: The case of free range food products in Australia”. See also the Foodsource building block What is animal welfare? 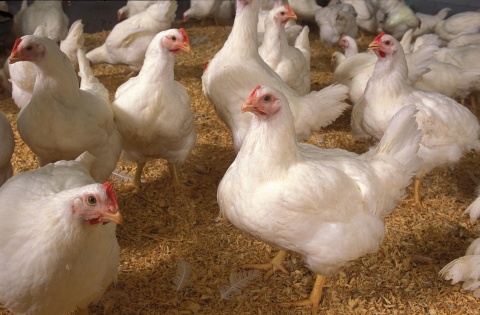