A new study submitted to us by an FCRN member discusses the virtual land footprint associated with regional supply capacities.

The future of world food security is often discussed in terms of population growth and climate change. The countries of the Global South are considered particularly vulnerable. However, increasing populations in cities mean that food security is also of considerable relevance for the Global North. The focus here is not on food shortages, but on the delocalization of the production and  consumption of food, which is making cities highly dependent on external factors. Against this backdrop, a land footprint accounting exercise was conducted in accordance with ISO 14040/44 in order to gain an overview of the land used by the city of Berlin to cater to current dietary habits; these were compared to regional supply capacities of the surrounding Federal State Brandenburg and potential actions for reducing the land requirements were examined. Of the required area to supply Berlin, 28% is located abroad resulting in a net import of virtual land. The imports are currently not offset by Berlin-Brandenburg through corresponding exports. In addition, the area of land required for nutritional purposes per person by far exceeds the acceptable social-ecological level. This gives rise to questions about the resilience of the urban nutrition system and about regional supply possibilities. It becomes clear that, in addition to a change in consumption patterns – which are also associated with a high proportion of avoidable food losses – a rethinking of domestic (regional) production would also be necessary in order to increase Berlin’s capacity for self-sufficiency. 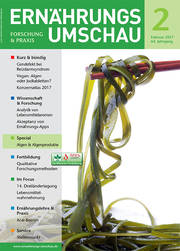