In our 24th September Newsletter, we mentioned that the EU is considering plans to limit crop-based biofuels to 5% of transport fuel. Biofuels have been promoted in recent years, largely because of the belief that they will help reduce transport’s impact on the environment, and particularly because of its contribution to climate change. But the indirect effects of growing crops to make fuel have seriously challenged these assumptions.

Studies examining the indirect effects of biofuels can be found on the FCRN website here.

However, the European farming organization, Copa-Cogeca, recently released a press release saying that the move was “totally unacceptable” and would threaten feed supplies for animals, employment and green growth in rural areas across the EU. But European NGO, Transport and Environment (T&E), and Friends of the Earth both say the proposals put forward by the Commission do not go far enough.

For the European Commission’s proposal for biofuels, click here. 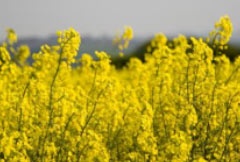