Although not specifically food related this is an interesting paper, and it potentially feeds into discussions about people’s attitudes towards sustainability and collective (as opposed to individualistic) goals.

The working paper by researchers at University of Warwick, Londons School of Economics, and University of Melbourne is based on an analysis of lottery winners and their changes in political preference. It explores the observed longitudinal changes in political allegiance of the bigger winners to the smaller winners and finds that how much you win will determine the extent to which you become right-wing. The researchers state that “[i]n the voting booth, monetary self-interest casts a long shadow, despite people’s protestations that there are intellectual reasons for voting for low tax rates.”

The causes of people’s political attitudes are largely unknown. We study this issue by exploiting longitudinal data on lottery winners. Comparing people before and after a lottery windfall, we show that winners tend to switch towards support for a right-wing political party and to become less egalitarian. The larger the win, the more people tilt to the right. This relationship is robust to (i) different ways of defining right-wing, (ii) a variety of estimation methods, and (iii) methods that condition on the person previously having voted left. It is strongest for males. Our findings are consistent with the view that voting is driven partly by human self-interest. Money apparently makes people more right-wing.

Oswald A., Powdthavee N., 2014, Does Money Make People Right-Wing and Inegalitarian: A Longitudinal Study of Lottery Wins, University of Warwick

Read more abut this research project here and the complete study can be read here.  A press-release from Warwick University is available  here.

To read more about the relation between sustainability and attitudes and values here. You might also want to look at the work of Tim Kasser here. 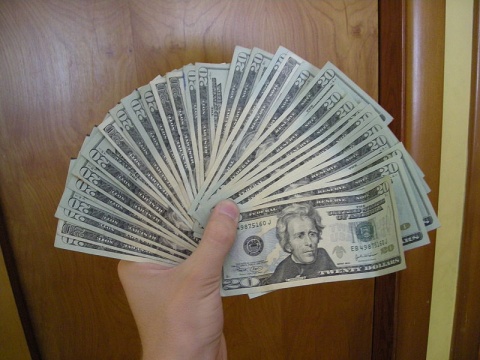