This paper reviews the literature on different protein sources and their implications for food security, health, ethics, environmental sustainability and socio-economic wellbeing. It classes the many contentious debates about the future of sustainable protein into three main categories or meta-narratives - “modernising protein”, “reconstituting protein” and “regenerating protein” - and analyses how stakeholders in each of these camps are seeking to reshape food systems.

The authors reviewed 277 sources published between 2011 and 2021, including books, peer-reviewed articles, reports and studies. Rather than the three meta-narratives mentioned above (and illustrated in the figure below) emerging from the search, the authors defined the three categories at the start and used the sources to see how each meta-narrative talks about the five areas of impact mentioned in the previous paragraph.

The paper considers three main sources of protein: animal-source protein foods (ASPFs) including meat, fish, dairy and eggs; plant-sourced protein foods (PSPFs) that are unprocessed or minimally processed, such as beans, tofu, nuts and quinoa; and novel protein food products (NPFPs) which have not been considered as a global source of protein until recently, or are heavily processed, including powdered protein supplements, plant-based meat analogues, cell-cultured meat, and newer insect-based foods aimed at Western consumers.

The main characteristics of the three meta-narratives are:

The authors see these three meta-narratives as being somewhat overlapping, and map out some key organisations who fall into one, two or all of the camps. They also argue that the large differences between some of the approaches outlined may be hindering progress towards a sustainable protein transition, for example because of the tendency for arguments to merely entrench existing ideological viewpoints. They conclude:

“While there is no shortage of technical and scientific literature on questions surrounding protein and sustainable development, more research is needed on the discursive, socio-political and cultural side of protein sustainability”

“The challenge is to find a way for diverse pathways in food sustainability to overcome ideological determinism, policy incoherence, and collaborate on shared objectives such as tackling corporate control over the food system.”

There is a very quickly growing literature regarding the appropriate role of protein foods in sustainable food systems transition. From this literature there has emerged several points of contention and debate. There is, for instance, contestation over the appropriate balance of plant- and animal- sourced protein foods in feeding the world’s growing population; competing interpretations of the contributions made by plant and animal protein foods to healthy diets and the alleviation of malnutrition; disputes over the welfare of animals and human workers in protein production, as well as over the ethics of genetic manipulation in the production of novel protein food products; environmental debates about the relationships between protein food production methods and climate change and biodiversity decline; and finally (though not exhaustively), disagreements about how various populations, economic sectors, and cultural practices could be impacted by disruptive alternative protein food technologies or new protein-oriented policies introduced in the name of fomenting a sustainable agri-food transition. Protein foods are thus deeply implicated in a range of debates about sustainable agri-food systems.

This article provides a review of the literature on the future of sustainable protein across five core dimensions of sustainable food systems: i) food security; ii) nutrition and health; iii) ethics and welfare; iv) climate change and biodiversity; and v) social, economic, and cultural prosperity. Using a similar method of interpretive narrative analysis as that developed by Béné et al. (2019) in World Development, we identify and define three main “meta-narrative coalitions” on protein sustainability and examine their respective proposed solutions along these five dimensions. We label and define the three meta-narrative coalitions as i) “Modernizing Protein” (an approach which centers technological innovation as the primary mechanism for achieving sustainability in the global food system); ii) “Reconstituting Protein” (which prioritizes the reduction of animal protein consumption and the introduction of novel protein food products in order to achieve sustainable food system transition); and iii) “Regenerating Protein” (which seeks to restore human-nature relationships within protein production and consumption practices as a means of achieving sustainable development within the global agri-food sector). In addition to defining these meta-narrative coalitions and highlighting their core differences, internal disputes, and areas of common ground, we note how all three narrative coalitions are actively seeking to reshape food systems in material ways. In conclusion, we argue that the pluralist character of contemporary efforts in sustainable protein transition – wherein the world appears to be simultaneously moving in different directions at once – holds resilience potential, yet it also faces challenges which could hinder sustainable transformation. Our review contributes to ongoing debates in the literature by highlighting the need for proponents of different sustainable protein meta-narratives to work towards shared objectives, and constructively engage criticisms from opposing perspectives. 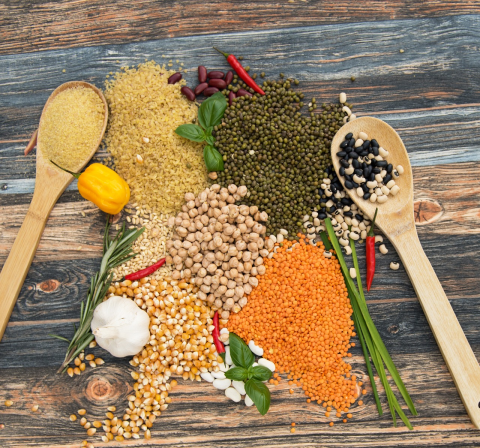