This modelling paper, co-authored by TABLE member Elin Röös, examines the synergies and goal conflicts that could arise from different food taxation scenarios in Sweden. It finds that while taxing foods can reduce most environmental impacts, one scenario - reducing tax on plant-based products - might cause increases in environmental impacts by encouraging higher total food consumption. It also examines the trade-offs for land use and biodiversity protection associated with limiting beef consumption through taxation.

The paper models several sets of scenarios, including taxing various sets of food (all products, animal products, beef, or monogastric meat and eggs) based on their greenhouse gas emissions; taxing based on emissions only at the agricultural stage or up to the point of retail; weighting the climate contribution of different GHGs according to either their 100-year Global Warming Potential or an alternative measure, the Global Temperature Potential; taxing based on six environmental impact categories; and changing the value-added tax (VAT) rate for animal products relative to plant-based products.

The main conclusions of the paper include:

A net decrease in food consumption was seen for most taxation scenarios, resulting in reduced burdens for climate change and most other environmental categories. An exception was found for a scenario simulating reduced VAT rates for plant-based products, where a net increase of food consumption was seen, resulting in an increased burden for all environmental categories. Many of the scenarios resulted in a decrease in beef consumption, and hence a decline in pasture use. This is positive from a global perspective by limiting expansion of agricultural land, but on regional level in Sweden it could cause a goal conflict with maintaining biodiversity-rich semi-natural pastures. To avoid this, beef production on semi-natural pastures could be further incentivised by production-side measures. With regard to biodiversity loss, the overall burden could increase if taxation leads to an increase in products from biodiverse regions.

Read the full paper here. See also the TABLE explainer What can be done to shift eating patterns in healthier, more sustainable directions? 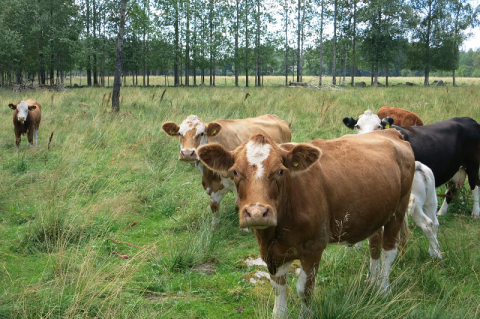