The article also says “Another key indicator worldwide is the steady growth in the number of signatories to CDP, formerly known as the Carbon Disclosure Project, on whose behalf CDP administers an annual disclosure request process with most public companies in the world.

Annually, CDP gathers and synthesizes quantitative and qualitative information on environmental performance and ranks companies, and signatories have grown from 35 early adopters at CDP’s inception in 2001 to 822 today. Most of the world’s leading financial service sector enterprises are CDP signatories, and collectively they managing either directly or indirectly about $80 trillion in assets.” 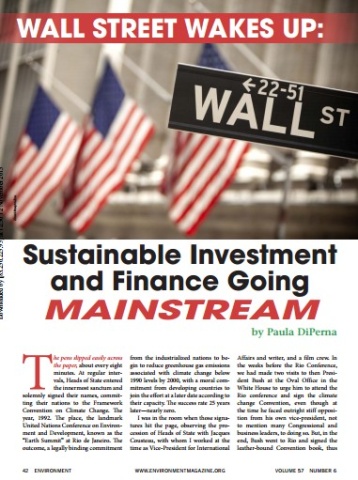