This paper, co-authored by Table member Sofie Errendal, uses a survey of people from Loma Linda, California and Copenhagen, Denmark to investigate why people follow plant-based diets, with the aim of informing the strategy of future initiatives to promote sustainable healthy diets.

The survey was open to people who followed (self-defined) flexitarian, pescatarian, vegetarian or vegan diets. Loma Linda was chosen for its high concentration of Seventh-Day Adventists; this religious denomination encourages plant-based diets, with some consumption of egg and dairy being permitted. Copenhagen was chosen for its commitment to sustainability, e.g. winning the European Green Cities award. The authors expected that participants from Loma Linda would tend to be more religiously motivated in their dietary choices, whereas participants from Copenhagen might be more motivated by sustainability.

The results showed strong differences between the two locations in how plant-based diets are perceived. For example, in Loma Linda, 67% of participants said that they think lacto-ovo-vegetarian diets are perceived in their city as being healthy, with 23% thinking the diet is seen as a lifestyle for certain religious or spiritual beliefs. In contrast, in Copenhagen, participants think that vegetarian diets are mostly seen as a lifestyle for people who want to fight climate change (31%) or for those who have strong beliefs in animal rights (27%).

In Loma Linda, participants said their main motivations for continuing their current diet were: health (70%), religious/spiritual belief (7%) and habit (7%). In Copenhagen, the main motivations were: animal welfare (41%), environment/climate change (29%) and health (22%).

The authors conclude that, to be more effective, plant-based promotion strategies should take into account the socio-cultural factors that are specific to the context in which the strategy will be implemented.

A general transition to plant-based diets is recommended for improved human and planetary health. The information about why people opt for plant-based diets can be used to profile future health promotion initiatives. We studied the reasons that encouraged the adoption and maintenance of plant-based diets and the influence of the socio-cultural environment and other external factors. Through the use of a specifically designed questionnaire, we evaluated two different populations. Interpreting data from 229 participants, we observed the relevance of adapting strategies to motivate people to embrace plant-based diets according to their socio-cultural environment. External factors facilitating access to plant-based products appeared to be essential in both populations.

Read the full paper here. See also the Table explainer What can be done to shift eating patterns in healthier, more sustainable directions? 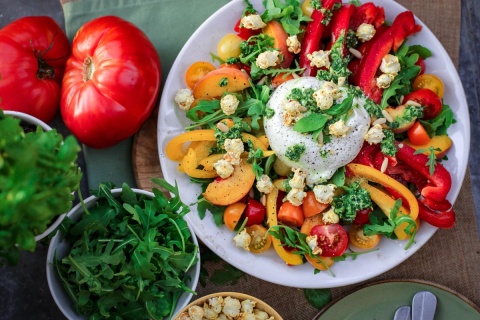