From rituals to laws: animal slaughter in Norway

This paper explores the changing relationship between people and animal slaughter in Norway since the early 20th century. It argues that a broad shift has occurred away from rituals that make animal slaughter meaningful and socially acceptable, and towards a “judicialisation” of animal slaughter - meaning that laws, rather than rituals, now regulate animal deaths. The authors argue that while the increased importance of regulation has contributed to stricter animal welfare practices, it also alienates consumers from the animals they eat.

Some of the rituals mentioned include conducting animal slaughter at certain phases of the moon or certain weekdays; maintaining a solemn silence during the slaughter; scolding children if they cried, the belief being that it would make the animal suffer for longer; in some cases, chasing or beating the animal before slaughter so that it would bleed more quickly; saying “In the name of Jesus” before killing the animal; discarding a certain part of the heart, a practice which has speculatively been linked to older pagan offerings to Norse gods; and many others.

The move towards legal regulation of slaughter was driven partly by a desire to monitor standards of hygiene and animal suffering/welfare. This led to the establishment of municipal slaughterhouses in the early 1900s. Actions were taken to reduce animal suffering during the process, such as pre-slaughter stunning, and also the exclusion of other livestock (as well as children under 14) from the area.

Animal welfare legislation was introduced in 1935 and has been updated in 1974 and in 2009 as the Animal Welfare Act. The authors interpret the law as being handed responsibility for dealing with the emotional and moral distress that was once dealt with by rituals. Furthermore, they argue: “They act as an efficient smokescreen for the industrial scale of current meat production and consumption, and allow us to deny the moral questions raised by this industrial scale of killing.”

The increasingly industrial character of meat production has entailed significant changes to the relations we have to the animals we eat. In this article we first describe some of the practices and rituals that characterized slaughter in Norway up to the first decades of the 20th century. In this period, Norwegians drew on rituals to make the killing of an animal meaningful and acceptable. Then, by exploring the original impetus toward “humane slaughter” in the early to mid-20th century, we show how ritual transformations of animals into meat gave way to laws and regulations to justify animal killing. Finally, we provide a contemporary example of how far this “judicialization” of animal killing has come, and argue that this process has enabled the widespread denial of the animal origin of meat.

Bjørkdahl, K. and Syse, K.L., 2022. From ritual loss of life to loss of living rituals: on judicialization of slaughter and denial of animal death. Food, Culture & Society, pp.1-16. 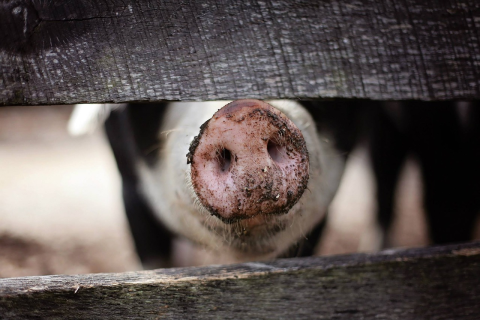