This is the 4th edition of The Green Economy Index™ (GGEI): “Measuring National Performance in the Green Economy”. It is created by Dual Citizen and it measures the performance of 60 countries and 70 cities in the green economy and how experts assess that performance.

Insights and data from the GGEI inform policymakers, international organizations and private clients with intelligence to advance their reputation and performance in the green economy.

Covered for the first time in this edition, Costa Rica performs extremely well, ranking third on the GGEI performance measure behind Sweden and Norway and receiving strong recognition on the perception survey, an impressive result for such a small country;

The UK comes at 8th place in the perception ranking and 20th place on the performance ranking. The report describes their ranking in the following way:

Read the full report and see the various indicators used to rank the countries here.

You can find more resources related to the green economy concept here. 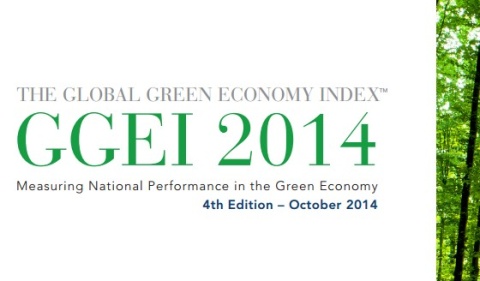