This report from the Nordic Council of Ministers assesses two future food scenarios for the Nordic countries on the basis of nutrition and environmental impacts.

In the first scenario, ruminants are used only to graze semi-natural pastures, while monogastric animals (poultry, pigs and farmed fish) were used only where they could be fed with food byproducts.

The second scenario can feed more people (37 million) than the first (31 million). Both scenarios require a significant decrease in meat consumption compared to current levels (by 90% and 81%, respectively). The report assesses both scenarios in terms of nutrition, land use, climate change, eutrophication and acidification.

Find the full report here and watch a video summary here. One of the authors, Elin Röös, is an FCRN member. There are a number of items in the FCRN library which explore this report’s approach further, including:

See also the Foodsource resource What is a healthy sustainable eating pattern? 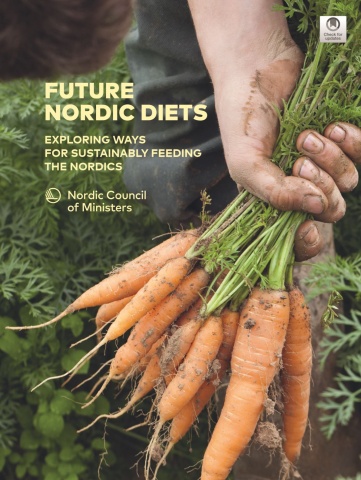