This Nature Plants paper by researchers from agroecological and agronomical research institutions in France used a statistical modelling approach to predict the effects of reducing pesticide use on the productivity and profitability of French arable farms.

The paper begins by outlining the ways in which pesticide over-use poses significant health and environmental problems, and describes international and national pesticide reduction targets. Agroecology - not explicitly defined by the paper, but, from the context, referring to integrated, non-chemical-based pest management systems - as a straight alternative to pesticide use may require a massive and logistically difficult overhaul of current production systems, so the researchers sought to identify levels of pesticide reduction which could feasibly be achieved without replacement by such alternative pest management systems, and which would not reduce yields.

The subjects of the study were 946 non-organic arable farms in France, which ranged widely in their pesticide use. The statistical modelling approach taken by the study was as follows:

The key findings of the paper were (Fig. 1):

o   55% of farms showed no significant TFI effect – i.e. productivity would not be affected by a one unit increase in pesticide use (suggesting that pesticide use could be reduced without affecting productivity).

Total pesticide use on profitability (same explanations as above):

The researchers then investigated the model further to establish, for the farms with negative or no significant TFI effects (i.e. farms in which reducing pesticide usage was predicted to be positive or neutral for productivity/profitability), how much pesticide use could be reduced by without any adverse effects on crop productivity/profitability. For the farms examined in this manner, the average potential pesticide reduction was calculated to be 42%.

The authors conclude that pesticide reductions with neutral or positive effects on productivity/profitability are theoretically possible, but note that their analysis does not examine the environmental effects of total pesticide reduction or reduction in specific pesticides., and that risk aversion of farmers and policy makers may hamper efforts to reduce pesticide use. They recommend that further and deeper study focusses on how reducing pesticide use may affect the agricultural landscape and markets. 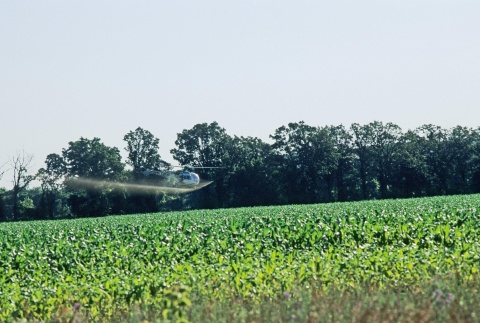