Reducing the land use of EU pork production: where there's swill, there's a way

This paper discusses the use of food waste as a feed source for pigs reared for pork in the EU, the current policy landscape and implications for agricultural land use, profits and pork production of using waste as feed.  The authors find that re-legalising the use of food waste as pig feed in the EU could spare 1.8 million hectares of global agricultural land, improve profitability for many farmers, and produce pork of high quality.

While the use of most food waste in feed is illegal in the EU, it is promoted in other parts of the world as a low-cost, low-environmental impact animal feed. In Japan and South Korea, the use of food waste is tightly regulated and food waste is heat-treated to render it safe.  These countries recycle 35.9% and 42.5% respectively of their food waste as animal feed.

The authors analysed the land use savings that would be possible if the EU were to introduce food waste processing regulations similar to those found in Japan and South Korea. They also consider the potential barriers to the re-legalisation of swill, and make the case that:

The researchers conclude that policy change leading to increased use of food waste as feed will require support from the pig industry, consumers, and the political level alike.

Livestock production occupies approximately 75% of agricultural land, consumes 35% of the world’s grain, and produces 14.5% of anthropogenic greenhouse gas emissions. With demand for meat and dairy products forecast to increase 60% by 2050, there is a pressing need to reduce the footprint of livestock farming. Food wastes have a long history as a source of environmentally benign animal feed, but their inclusion in feed is currently banned in the EU because of disease control concerns. A number of East Asian states have in the last 20 years, however, introduced regulated, centralised systems for safely recycling food wastes into animal feed. This study quantifies the land use savings that could be realised by changing EU legislation to promote the use of food wastes as animal feed and reviews the policy, public, and industry barriers to the use of food waste as feed. Our results suggest that the application of existing technologies could reduce the land use of EU pork (20% of world production) by one fifth, potentially saving 1.8 million hectares of agricultural land. While swill presents a low-cost, low-impact animal feed, widespread adoption would require efforts to address consumer and farmer concerns over food safety and disease control.

In other research library categories you will find more resources related to food waste and animal feed as well as land use and land use change and grazing and land-use. 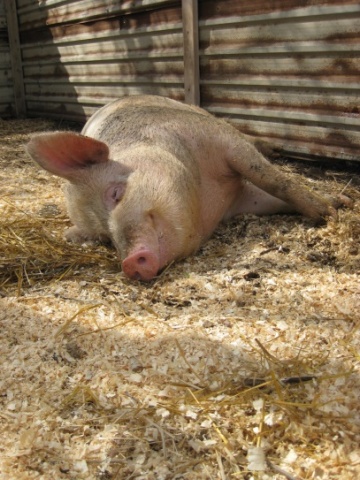