A recipe for gentrification

This book looks at how gentrification affects the urban food landscape in several American cities, and what activists are doing to resist it.

From hipster coffee shops to upscale restaurants, a bustling local food scene is perhaps the most commonly recognised harbinger of gentrification. A Recipe for Gentrification explores this widespread phenomenon, showing the ways in which food and gentrification are deeply—and, at times, controversially—intertwined.

Contributors provide an inside look at gentrification in different cities, from major hubs like New York and Los Angeles to smaller cities like Cleveland and Durham. They examine a wide range of food enterprises—including grocery stores, restaurants, community gardens, and farmers’ markets—to provide up-to-date perspectives on why gentrification takes place, and how communities use food to push back against displacement.

Ultimately, they unpack the consequences for vulnerable people and neighborhoods. A Recipe for Gentrification highlights how the everyday practices of growing, purchasing and eating food reflect the rapid—and contentious—changes taking place in American cities in the twenty-first century. 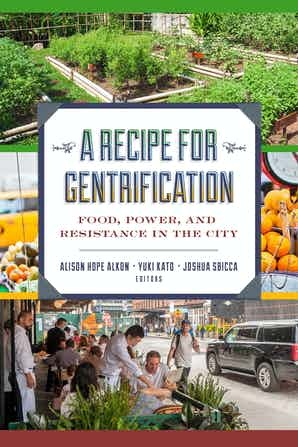