In Africa and Latin America, the production of beans (Phaseolus vulgaris) is highly vulnerable to climate change impacts, which include higher temperatures and more frequent drought. Climate modeling suggests that, over the next several decades, the area suited for this crop in eastern and central Africa could shrink up to 50% by 2050.

Affecting mainly lowland areas, heat stress will pose a particularly serious problem for bean crops in Malawi and the Democratic Republic of the Congo (DR Congo), followed by Tanzania, Uganda, and Kenya.  Across Latin America, the situation is also dire. Bean production in Nicaragua, Haiti, Brazil, and Honduras, as well as Guatemala and Mexico, would be most impacted.

In response to this concern, CIAT researchers have recently identified elite lines that show strong tolerance to temperatures 4 °C higher than the range that beans can normally tolerate. With heat-tolerant beans, the anticipated reduction in yields will be only 5% (as compared with 50%), even assuming conservatively that the tolerant beans can handle a temperature rise of only 3 degrees.Many of these lines come from wide crosses between common and tepary beans (Phaseolus acutifolius), a species originating in the arid US Southwest and northwestern Mexico.

This document reports findings from research conducted over the last year, which confirm heat tolerance in selected bean lines and show their potential for adapting bean production in Africa and Latin America to future climate change impacts.

The report can be downloaded here.

Articles outlining the research can be found here and here.

These articles also note a point not mentioned in the report itself, that some of the heat-tolerant lines identified have also undergone genetic improvement for iron content. Deficiencies of this essential micronutrient afflict one out of every two pre-school children and pregnant women in developing countries, making them highly susceptible to anaemia and compromising children’s growth and cognitive development.  The iron content of bean lines resulting from this work is double that of varieties currently grown.

The articles point out that beans contribute to the daily diet of more than 400 million people across the developing world. They are a highly nutritious food, providing an inexpensive source of protein, fiber, complex carbohydrates, vitamins, and micronutrients. As such, beans strongly reinforce food and nutrition security among low-income consumers, while also reducing the risk of cardio-vascular disease and diabetes. 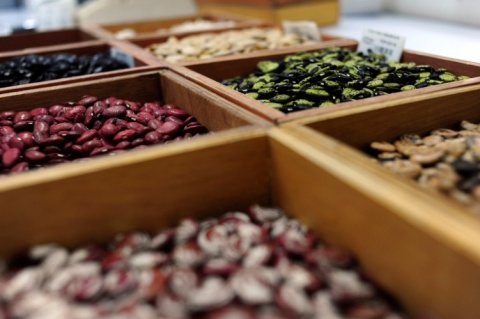