This paper, based on Australian dietary survey data, provides support for the “protein leverage hypothesis” - the theory that people’s appetites regulate their protein intake to be within a narrow range, and hence that if protein makes up a lower proportion of the foods they eat, people will end up consuming more calories (in the form of fats and carbohydrates) as a side effect of their appetite for protein. Hence, it argues, protein is key to understanding the high prevalence of obesity. It identifies highly processed foods as one of the food categories that has the strongest “diluting” effect on dietary protein.

The study looked at how the proportion of macronutrients consumed by survey participants changed during the day, between three time periods (midnight to 11am, 11am-4pm and 4pm to midnight). The hypothesis was that people who ate food with a higher proportion of protein during the first time period would eat less protein as the day went on; and that those who ate less protein early in the day would eat more as the day went on. The results supported this hypothesis, as illustrated in the figure below: the results show, on average, higher protein foods early in the day being followed by lower protein foods, and vice versa. The area shaded in grey is the “ Acceptable Macronutrient Distribution Range”, in which protein makes up 15-25% of the diet by energy. Image: Figure 1, Grech et al. Cumulative proportion of macronutrients from Eating Period 1 (EP1) to EP3 by reported protein density below, within, or above the Acceptable Macronutrient Distribution Range at EP1. Note that the point representing 100% of energy from carbohydrate is at the lower left corner of the graph. The paper also considers the potential of each of the major food groups to “dilute” protein intake by being high in fat and/or carbohydrates. “Discretionary” foods are noted as being particularly low in protein. This category consists mostly of processed foods, such as energy drinks, crisps, biscuits and ice cream. The group of participants obtaining less than 15% of their energy from protein were found to consume an average of 6.9 servings of discretionary foods per day, compared to 2.5 servings among those getting more than 25% of their energy from protein.

The authors note: “We stress that our findings should not be interpreted as an indictment of low-protein diets per se or as an endorsement of habitual diets that exceed the recommended proportion of dietary energy from protein.”

The protein leverage hypothesis (PLH) postulates that strong regulation of protein intake drives energy overconsumption and obesity when human diets are diluted by fat and carbohydrates. The two predictions of the PLH are that humans (i) regulate intake to maintain protein within a narrow range and that (ii) energy intake is an inverse function of percentage energy from protein because absolute protein intake is maintained within narrow limits.

Multidimensional nutritional geometry was used to test the predictions of the PLH using dietary data from the Australian National Nutrition and Physical Activity Survey.

Both predictions of the PLH were confirmed in a population setting: the mean protein intake was 18.4%, and energy intake decreased with increasing energy from protein (L = −0.18, p < 0.0001). It was demonstrated that highly processed discretionary foods are a significant diluent of protein and associated with increased energy but not increased protein intake.

These results support an integrated ecological and mechanistic explanation for obesity, in which low-protein highly processed foods lead to higher energy intake because of the biological response to macronutrient imbalance driven by a dominant appetite for protein. This study supports a central role for protein in the obesity epidemic, with significant implications for global health.

Read the full paper here. See also the TABLE explainer What is the nutrition transition? 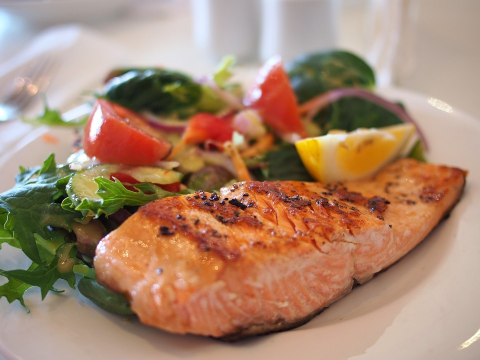