Shifting to the low-meat EAT-Lancet diet across Europe could reduce overall demand for many crops and hence provide resilience against disruptions to food supply, notably those caused by the Russia-Ukraine conflict, according to this paper. The shift could also provide environmental co-benefits through increased carbon sequestration and reduced blue water use and greenhouse gas emissions.

The figure below illustrates the changes in crop demand that would occur via dietary change to the EAT-Lancet diet across the European Union and United Kingdom, both directly (through a change in the crops that people eat) and indirectly (through changes in demand for crops for animal feed). Image: Figure 1, Sun et al. (2022). Crop change due to dietary change in the European Union and the United Kingdom and total production of crops in Ukraine and Russia. The crosses indicate the net change relative to exports, and the circles relative to production.

For crops where the reduction in demand outweighs the pre-conflict level of exports from Ukraine and Russia, the cross (+) is shown to the left of the central axis. For example, the reduction in demand for sugarbeet (since the EAT-Lancet diet recommends a significantly lower added sugar intake than is present in current European diets) far outweighs the level usually exported from Ukraine and Russia. With wheat (where demand is reduced mainly as an indirect result of lower animal product consumption), the lower demand approximately balances out the level usually exported from Ukraine and Russia. The crops for which the dietary shift would increase demand relative to usual export levels include soybean, sunflower and fruits.

Crises related to extreme weather events, COVID-19 and the Russia–Ukraine conflict have revealed serious problems in global food (inter)dependency. Here we demonstrate that a transition towards the EAT-Lancet’s planetary health diet in the European Union and the United Kingdom alone would almost compensate for all production deficits from Russia and Ukraine while yielding improvements in blue water use (4.1 Gm3 yr−1), greenhouse gas emissions (0.22 GtCO2e yr−1) and carbon sequestration (17.4 GtCO2e).

Read the full paper here. See also the TABLE explainer What is food security? and the blog ‘Victory is in the Kitchen’: Wartime lessons for today’s food systems? 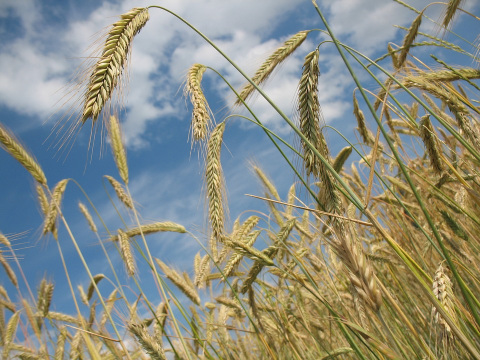