This paper, entitled Dietary quality among men and women in 187 countries in 1990 and 2010: a systematic assessment argues that although worldwide, consumption of healthy foods such as fruit and vegetables has improved during the past two decades, it has been outpaced in most regions by the increased intake of unhealthy foods such as processed meat and sweetened drinks.

The article is published in The Lancet Global Health; it finds that in many of the wealthiest regions (eg, the USA and Canada, Western Europe, Australia and New Zealand) people still consume among the poorest quality diets in the world.

This study, the largest of its kind, assesses dietary quality in 187 countries covering almost 4.5 billion adults.  It systematically assesses and evaluates global consumption of key dietary items (foods and nutrients) by region, nation, age, and sex in 1990 and 2010. On average, the analysis finds that older adults consume better diets than younger adults, and women as compared with men. Intakes of both healthy and unhealthy items increased globally, with heterogeneity across regions and countries. Middle-income countries showed the largest improvement in dietary patterns based on healthy items, but also the largest deterioration in dietary patterns based on unhealthy items. The highest scores for healthy foods were noted in several low-income countries (eg, Chad and Mali) and Mediterranean nations (eg, Turkey and Greece), possibly reflecting favourable aspects of the Mediterranean diet.

The researchers say that these results are worrying, as they show increases in unhealthy eating habits outpacing increases in healthy eating patterns across most world regions, and they argue that concerted action is needed to reverse this trend.

In the discussion section of the paper, the researchers note the following points that are particularly interesting:

a. Although caloric deficits and disease burdens other than those of NCDs must not be overlooked in some low-income countries, the trends in dietary patterns we note show the urgent need to focus on improvement of diet quality among poor populations worldwide. Left unaddressed, undernutrition and deficiency diseases will be rapidly eclipsed in these populations by obesity and NCDs, as is already occurring in India, China, and other middle-income nations.

2. Associations between socio-economic status and diet quality might vary substantially for diet patterns based on healthy versus unhealthy items, and also that such diet patterns are only weakly correlated. Different policies could be influencing the two dietary patterns—eg, transnational marketing and investment often promotes consumption of unhealthy foods, such as snacks in Thailand and soft drinks in Mexico, whereas governmental strategies attempt to promote consumption of healthy food, such  as the multifocal polices in Norway and nutrition education in South Korea. Although a monotonic relation between wealth and diet quality has been frequently proposed, high-income nations can be found at both extremes of healthy dietary patterns.

Healthy dietary patterns are a global priority to reduce non-communicable diseases. Yet neither worldwide patterns of diets nor their trends with time are well established. We aimed to characterise global changes (or trends) in dietary patterns nationally and regionally and to assess heterogeneity by age, sex, national income, and type of dietary pattern.

In this systematic assessment, we evaluated global consumption of key dietary items (foods and nutrients) by region, nation, age, and sex in 1990 and 2010. Consumption data were evaluated from 325 surveys (71·7% nationally representative) covering 88·7% of the global adult population. Two types of dietary pattern were assessed: one reflecting greater consumption of ten healthy dietary items and the other based on lesser consumption of seven unhealthy dietary items. The mean intakes of each dietary factor were divided into quintiles, and each quintile was assigned an ordinal score, with higher scores being equivalent to healthier diets (range 0–100). The dietary patterns were assessed by hierarchical linear regression including country, age, sex, national income, and time as exploratory variables.

Read the full paper here and listen to a audio summary available here . You can also see coverage from Science Daily here.

Take a look at our collection of resources focusing on the topic of global dietary trends or sustainable healthy diets in the FCRN research library or see the specific category on food consumption statistics. 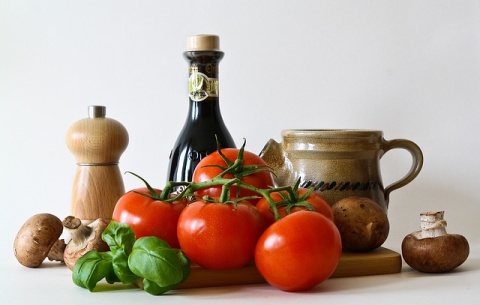