In this correspondence article in The Lancet researchers from Universities of Oxford and Cambridge analyse the conclusions of the Green budget report. The Green budget is an annual report published by the Institute of Fiscal Studies (IFS), ICAEW and the Nuffield foundation, which considers the issues and challenges facing the UK as its Government sets the country’s budget for the coming financial year.

One section of the report is devoted to considering the proposed sugar tax on sweetened drinks and the report warns that there is a risk of various unintended consequences that might arise following its introduction.

The authors of this article argue that IFS have based their conclusions on economic theory without reference to the evidence gathered from the evaluation of sugary drink taxes introduced in Mexico, Hungary, Finland, France, and Berkeley (CA, USA).

The Lancet authors argue that these countries have shown measurable decreases in sales of sugary drinks and some of the evidence suggests that taxes of sugary drinks do not influence the price of substitute products such as diet drinks.

(All the authors describe their affiliations to organisations that have a position statement supporting taxes on sugar sweetened beverages).

On Feb 8, 2016, the influential Institute for Fiscal Studies (IFS) released its annual Green Budget—a report aimed at informing the government's March budget.  For the first time, their budget report discusses a sugary drink tax and concludes that “the efficacy of [a sugary drink tax] will depend on what products [consumers] switch to and how firms change their prices”. The IFS warns that a sugary drink tax could lead to consumers switching to chocolate or that prices of diet drinks could rise thereby weakening the tax's impact on health.

You can read more about the new UK sugary drinks tax here.

For some recent critique of the Mexican Soda Tax from an industry perspective, see the comment The figures don’t back the hype in Beverage Daily here. 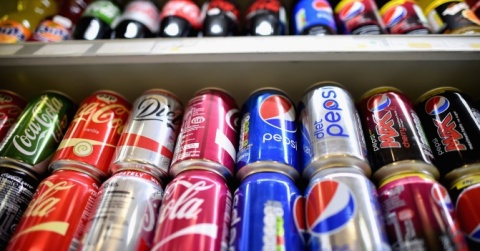