The importance of local context for urban agriculture

In both Ghent and Warsaw urban agriculture is characterised by similar practices and advocated by similar stakeholders. But stakeholders in Ghent appear more successful in their advocacy than those in Warsaw and the researchers find that the role of city-specific contexts (material and socio-political contexts in which urban agriculture advocacy and developments are situated) largely explain the different developments. The paper highlights that this context-specificity has important implications for urban agriculture governance and that proper consideration of context brings more critical insights into this analysis, as it highlights how local inequalities, exclusionary mechanisms and injustices are overcome or (re-)produced. The paper shows how contextual characteristics of “urban layout”, “political climate”, and “public perceptions and attitudes toward use of urban space” affect the configurations of stakeholder networks and the development of urban agriculture initiatives in both cities. In Warsaw projects were characterised by being isolated and short-term, by receiving little support and being poorly recognised by both the public and government, while in Ghent projects were better established and saw a growing and positive public dialogue.

According to this paper policy also tends to place urban agriculture in the area of food and agriculture, meaning that it is more likely to focus on preservation of farmland and supply of food than other benefits, such as provision of green space, managing stormwater, improving food literacy, social benefits, and improving public health through consumption of fruit and vegetables which is threatening the wider meaning of urban agriculture and its diversity.

The researcher argue that urban agriculture should be considered in policy sectors beyond food and agriculture, for instance, in social, political, economic and cultural structures and that this would enable policymakers to make the most of its opportunities and maximise its societal value.

This article explores the role of local particularism in relation to the global interest in urban agriculture (UA). A growing movement is advocating UA, but future prospects are limited by variability, unclear expectations, vague responsibilities and leadership in the UA movement. We wonder whether the poor understanding of UA governance is associated with a public discourse and academic literature that too easily adopt the generic and universally claimed benefits. We argue here that uncritical enthusiasm results in an overly instrumental approach to governance of UA with a main focus on stimulating formal (e.g., policy making) and informal advocacy (e.g., civic engagement in UA). We do not deny the importance of formal and informal advocacy in UA development, but rather claim that the potential of UA needs a more nuanced analysis. Study of the interplay between UA advocacy and a city’s contextual characteristics is a worthy pursuit, as it may provide significant and more profound explanations for the divergence observed in UA developments. Case studies performed in Warsaw (Poland) and Ghent (Belgium) serve to illustrate the importance of context. The results suggest that neither case is likely to benefit from a governance strategy that only stimulates greater advocacy and institutional support. The inclusion of city-specific needs, opportunities and pitfalls of UA in the governance strategy can help to move UA toward its full potential. We suggest a policy-making strategy for UA that expands beyond the realm of food production alone. Ultimately, the aim is to steer away from assessing (and critiquing) UA solely against the backdrop of these generic success factors.

You can read the paper open access here and see further coverage here.

You can read more in our research library categories on urban agriculture, food and agriculture policy, and the blog-series by Professor Michael Hamm on City region food systems. 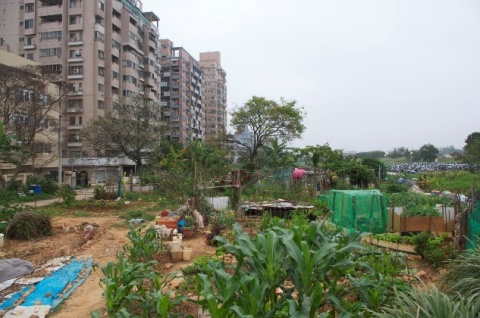