The paper begins by discussing the concept of ‘virtual water’ (VW) - the water consumed during the production of a commodity or a service.  This water is divided into green water (eg. rainfall), blue water (abstracted water – ie. irrigation water) and grey water (waste water).  Of green water the paper notes: “Only if a change of land use results in a change in annual evapotranspiration or runoff generation, does it impact local water scarcity.” But blue water (VWb) “is associated with a high opportunity cost as upstream uses impact the availability of water for other users or the environment downstream.”  In other words, if cattle (for example) are reared on grasslands where rainfall is abundant, then it does not matter how much water is embedded in the subsequent steak.  But if a product is reared or produced using blue (irrigation) water, then how much it uses has a bearing on the sustainable availability of water in that region.

In the UK two thirds of virtual blue water consumed as food and drink is incurred overseas, particularly from other European countries or Africa, with Spain and South Africa particularly big exporters to the UK. The VWb is dominated by a few commodities with large volumes of consumption or large blue water consumption per unit. Milk and rice alone accounted for 30%.The Water Scarcity Footprint (WSF) is lower than the VWb reflecting the fact that some commodities are sourced from locations of lower than average water stress.

Five healthier-eating scenarios were developed to reflect plausible alternative lifestyles and consumption patterns in 2031.  The fifth, most optimistic scenario, assumes that everyone will eat according to the UK government’s ‘Eatwell’ guidelines.  Under each scenario, consumption of meat and foods high in fat and sugar declines and consumption of dairy products, fruits and vegetables increases.  Consumption of carbohydrates varied by scenario.

Since the focus of this study was to assess the impact of changing diets on the national WSF, population size, demography and trade patterns were held constant.  In other words, it was assumed that the imports of food commodities from each country would change pro rata according to the current import patterns.

The study finds that these alternative healthier eating scenarios would have little effect on the overall blue water scarcity footprint of UK food consumption and the lowest WSF was associated with the consumption outlined in the most optimistic dietary scenario (everyone eats according to the Eatwell Plate).

The paper finds that all but the most optimistic dietary scenario producing increases in the potential contribution to domestic (i.e. UK) blue water scarcity (due largely to increased consumption of dairy products) and potentially large impacts on blue water scarcity in other countries associated with increased imports of irrigated fruit and vegetables from countries with an already high level of water stress (e.g. Spain, South Africa, Israel). This demonstrates how policies developed to encourage one outcome (in this case healthier eating) may have unintentional consequences on the environment is distant locations.

Finally, the authors point out: these conclusions are sensitive to assumptions regarding sourcing and it has been shown that the impacts may be offset if a greater proportion of imports are sources from locations with higher blue water productivity (t/m3) and lower water stress. This also reduces the vulnerability of the UK food supply chain to water related risk.

Large quantities of water are required to produce the food for a nation, some of which is derived within the country and some associated with imported food commodities. In this study, we consider the spatially explicit potential impact of alternative healthier eating scenarios for the UK on global blue water scarcity using the concept of a water scarcity footprint. The water required to produce the food consumed by the UK was estimated at 52.6 Gm3/y of which 93% is from rainfall at the point where it falls and 7% is ‘‘blue’’ water withdrawn from surface and ground water resources. Five alternative healthier diets were considered and the impact on the blue water scarcity footprint was modest (ranging from _3% to +2% compared to baseline). However more significant impacts were projected on the geographical distribution of the blue water scarcity footprint. This study has shown that if current trade patterns continue, policies to promote healthier eating in the UK may contribute to increased blue water scarcity at home and in other parts of the world. The use of virtual water estimates and global datasets of water scarcity can help to understand the potential environmental impacts of alternative diets.

Read the full paper here.  You can also see more resources related to water and water scarcity on our website here. 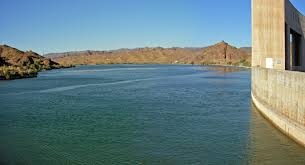