Impact of climate change on food production could cause over 500,000 extra deaths in 2050

This study, published in The Lancet, concludes that climate change will have a dampening effect on progress being made to reduce the number of people who are hungry and malnourished. It concludes that climate change will reduce the number of avoided deaths by 529,000 – or, put another way – will be responsible for 529,000 additional and avoidable deaths by 2050.

The study conceptualises the way that climate change affects health through changes in food consumption, and dietary and weight-related risk factors as follows:

Future food production and consumption is expected to increase, driven by population and income growth and mediated by market responses, such as changes in prices and management practices. Meanwhile, climate change leads to changes in temperature and precipitation, which are expected to reduce global crop productivity and, through market responses, lead to changes in management intensity, cropping area, consumption, and international trade. Changes in food availability and consumption affect dietary and weight-related risk factors associated with an increased incidence of non-communicable diseases and mortality, such as low fruit and vegetable consumption, high red meat consumption, and increased bodyweight.

The study links global models that a. model the impacts of climate change on food production, b. simulate market responses to yield changes (price, trade etc.) and c. link changes in food available – including the type of food available – to risk factors for diseases such as heart disease, strokes, diabetes and cancer as well as to malnutrition – in order to calculate impacts.

In the scenarios that factor in climate change, a relative reduction is projected of global food availability in 2050 of 99 kcal per person per day (3·2% reduction), of fruit and vegetable consumption by 14·9 g per person per day (4·0% decrease), and of red meat consumption in 2050 of 0·5 g per person per day (0·7% decrease), when compared with the 2050 reference scenario without climate change. This means that climate change reduces the number of avoided deaths by 28%, which is conceived as leading to 529 000 climate-related deaths compared with the reference scenario in 2050. Most climate-related deaths occurred in the low-income and middle-income countries of the Western Pacific region and Southeast Asia.

Globally, the greatest contributors to the climate-related deaths were changes in dietary risk factors, especially fruit and vegetable consumption. The negative health effects associated with reductions in fruit and vegetable consumption led to 534 000 climate-related deaths, which far outweighed the health benefits associated with reductions in consumption of red meat (29 000 avoided deaths). Weight-related changes in the number of deaths were balanced worldwide. Lower caloric availability because of climate change increased the total number of underweight people, which led to 266 000 additional deaths but it also reduced the number of overweight people, which led to 35 000 avoided deaths and the number of obese people, which led to 225 000 avoided deaths, respectively.

The sensitivity analysis undertaken for the study suggests that climate change mitigation could greatly reduce the number of climate-related deaths. However, a negative net effect would remain even in a stringent climate-stabilisation pathway that incorporates negative emissions.

One of the most important consequences of climate change could be its effects on agriculture. Although much research has focused on questions of food security, less has been devoted to assessing the wider health impacts of future changes in agricultural production. In this modelling study, we estimate excess mortality attributable to agriculturally mediated changes in dietary and weight-related risk factors by cause of death for 155 world regions in the year 2050.

For this modelling study, we linked a detailed agricultural modelling framework, the International Model for Policy Analysis of Agricultural Commodities and Trade (IMPACT), to a comparative risk assessment of changes in fruit and vegetable consumption, red meat consumption, and bodyweight for deaths from coronary heart disease, stroke, cancer, and an aggregate of other causes. We calculated the change in the number of deaths attributable to climate-related changes in weight and diets for the combination of four emissions pathways (a high emissions pathway, two medium emissions pathways, and a low emissions pathway) and three socioeconomic pathways (sustainable development, middle of the road, and more fragmented development), which each included six scenarios with variable climatic inputs.

Read the full article here (requires subscription to The Lancet) and see coverage from Science Daily here. See also an article covering the paper in The Guardian. This research has also received some coverage in the BBC radio show Science in Action - click to hear. 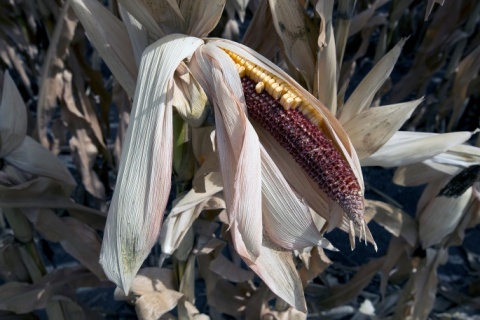