This article argues that “super low carbon cows” (cows that emit lower levels of greenhouse gas emissions than conventional cows with the help of breeding, technology or livestock management practices) can be thought of as a form of geoengineering. The author argues that the promise of “super low carbon cows” is being used by some corporations to position business as part of the solution to climate change, while neglecting to address factors such as lifestyle and market structures.

The paper draws on interviews with over 100 stakeholders as well as existing research on breeding, feeding and caring for “super low carbon cows”. The author makes four arguments:

The author suggests that corporations have significant control over defining the solutions to climate change. Specifically, the paper notes that businesses are aiming to use geoengineered cows, but are not addressing how lifestyles and economic structures contribute to climate change. Additionally, the author questions whether cows that have been bred to live longer and produce more milk can still have good welfare standards.

The tangible progress to address climatic change remains painfully slow. As a result, practices to deliberately manipulate the Earth’s carbon and energy cycles to counteract climate change have gained traction and they are increasingly incorporated into mainstream debate. This paper examines one of the less documented examples of climate geoengineering, namely the creation of ‘super low carbon cows’. Driven by the public’s desire for a low carbon pint of milk or beef burger, I show how a combination of bioengineering, technological fixes and management practices have resulted in, and are informing, everyday changes to the way in which animals are bred, cared for and eaten—and in turn, how it affects the food that we consume. Thus, the role of the cow within the Anthropocene now extends from meat machine and sentient being to climate change saviour. I seek to show that super low carbon cows represent part of a wider climate ‘responsibilisation’ in which business interests and corporate storytelling are governing and enacting everyday mundane practices of climate engineering as part of the corporate carbon economy. Yet, as with other climate ‘fixes’, this paper shows that the super low carbon cow provides, at best, an imperfect correction. Critical gaps in the evidence of the efficiency of the solutions being advanced remain whilst manipulating an animal to be more climate friendly evokes unease when considering the wider sustainability and ethical impacts. Perhaps most critically, reliance on climate engineering to provide cheap and easy ways to control our climate fails to question, far less address, the ever-increasing demand, production and wastage of food. It also potentially undermines the already weak political will for other essential and more radical responses to climate change. In doing so, I contrast the extensive efforts to change the everyday behaviours of a cow with the limited attempts to meaningfully challenge the everyday practices, consumption lifestyles and dietary choices of the general public. 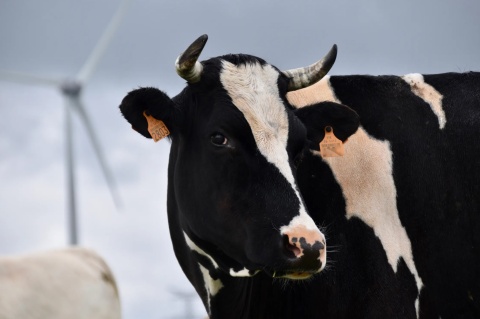