A large proportion of supermarket food is thrown away every day regardless of quality, to avoid legal liability if a customer complains. In France, the government has now taken a firm step to incentivise food donation by removing the liability from the supermarkets. By barring stores from spoiling and throwing away food the government aims to tackle waste alongside food poverty. The measure follows a decision from February 2015 to remove the best-before dates on fresh foods and it is part of a wider drive to halve the amount of food waste in France by 2025. The bill will also ban supermarkets from deliberately spoiling unsold food so it cannot be eaten and the law will also introduce an education programme about food waste in schools and businesses.

The legislation passed unanimously in a rare cross-party consensus through the French Parliament, suggesting a shared will for change in the current food system. It is described in The Guardian as an effort aimed at tackling the epidemic of waste alongside food poverty. French official estimates show that the average French person throws out 20kg-30kg of food a year of which 7kg is still in its wrapping.

In comparison, a report from WRAP from earlier this year stated that UK households as a whole threw away 7m tonnes of food in 2012.  The report described how the UK managed to reduce household food waste by 1.3 million tonnes between 2007 and 2013, in part by launching a consumer campaign (Love Food Hate Waste –LFHW). This report also argues that food waste is a significant contributor to climate change.

You can read more about the new French bill in an article from The Guardian here and in this piece on The Future Centre website of the Forum for the future here.

Go to our research library Keyword category on food waste for an extensive list of related resources.

We would also like to highlight that many may criticise the idea of serving poor people surplus food as a way of tackling food poverty. Is it better to ensure that people are able to afford food rather than receive it as charity? If you want to recommend any papers or reports or contribute with your view on this issue, please submit a comment in the comments box below. You will need to be logged in to post a comment, contact us if you have problems. 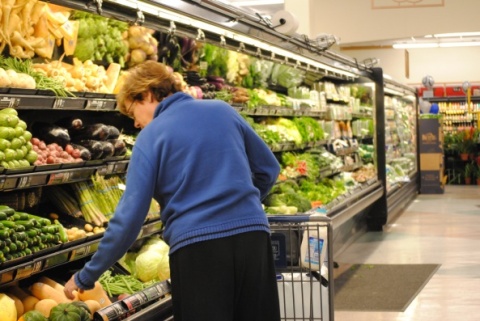